It’s official: Carlos Correa has signed a long-term deal with the Minnesota Twins.

The most bizarre free agent signing saga in recent memory has finally come to an end on a guaranteed 6-year, $200 million contract with team-vested options for an additional four years that could take the total deal to $270 million.

The contract structure is heavily loaded on the front end with an average annual value of $33.34 million through years 1-6. Club options for 2029-2032 would be guaranteed conditional on plate appearances made in the previous year. His earnings for the final four years would be staggered starting at $25 million and reducing to $10 million in the 10th year. The deal includes an $8 million signing bonus and a full no-trade clause.

Speaking at the official signing press conference, Correa appeared relieved saying, “I’m happy to be here in Minnesota and happy to be a Twin. We started something special last year and there’s some more work to be done.

“When the news that I said I was coming to Minnesota again broke out, every single player on the roster texted me. And that means the world to me because to earn my teammates’ respect in such a short amount of time and their love for me, that’s what it’s all about.

“It was definitely an emotional rollercoaster, but I was not stressing over it too much, just for the simple fact that I could not control their decisions and what some other doctors said.

“The main goal is to win and by winning, I mean winning championships. I think with the core group that we have and the right guidance and the right work ethic and the right atmosphere in the clubhouse we can accomplish those things”.

Carlos Correa will be age 33 at the end of the 6th year and still considered in his physical prime, playing at a premium position. The Twins are limiting their risk by adding a caveat of making 525 plate appearances to activate the 7th year. That’s an average of four plate appearances over 132 games. To put that figure into perspective, last season only one shortstop age 33 or older made more than 525 plate appearances – Elvis Andrus for the A’s and White Sox.

Correa played 136 games in 2022 and 148 games in 2021, so it’s not impossible, but given the concerns expressed by two other big organisations over Correa’s long-term health, 525 PA is a huge number. Playing shortstop is a demanding position, that takes its toll physically. Correa will have to defy current predictions if he’s to extend his tenure in Minnesota.

Correa and his team will be breathing a huge sigh of relief now that this deal is done and dusted. It’s by far not the best or most ideal outcome they’d have hoped for a month ago or even a year ago. The Detroit Tigers offered him a guaranteed 10-year, $270 million contract after the 2021 season, but he turned it down, taking a stop-gap deal with the Twins instead – $105 million for three years with opt-outs that effectively served as a one-year deal for $35 million. The gamble appeared to pay off after first the Twins offered him a 10-year $280 million deal before he agreed on terms on a mega deal with San Francisco Giants for 13 years and $350 million.

Concerns with his physical scuppered that deal allowing the Mets to swoop in and steal him away on an agreed deal for 12 years and $315 million. Another team, another physical, same concerns. Now the Mets deal was stalling. Unconfirmed reports suggested their new offer would have included 6 years guaranteed with the remaining 6 years as club options pending the satisfactory completion of a compulsory physical at the end of each season.

Just as teams were exercising risk management over Carlos Correa, so too was Correa on himself. The new Mets deal was too big a risk for him, so he opted for the larger guaranteed total from the Twins, walking away from the extra $45 million he could have gotten from the Mets.

The Twins have been transparent from the beginning with their admiration for Correa and their longing to keep him with the organisation long-term. They’ve finally got their man and managed to save a substantial sum of money in the process too.

Derek Falvey, President of Baseball Operations, was visibly delighted as he addressed the media.

“His heart was still here, there was still a drawback here, and ultimately there are parts of the journey that take you in different directions, but I think what was clear toward the end, what Scott relayed to us was, how much Carlos wanted to find a way to make it work here and that’s ultimately what we felt how we would get there. So, we felt really good about this deal, the way hopefully it’s structured ultimately, as Scott just articulated, a chance for Carlos to be an 11-year Twin, maybe longer, right? Hopefully longer, we want him to finish his career as part of this organisation”.

It wasn’t Correa’s first choice, that much is clear. Whether he was ever truly fully committed to the Twins or not, this almost feels like a last resort for him and that may rub some fans the wrong way. The Twins fans I spoke to though were thrilled to have him back and couldn’t care less how it all unfolded.

Correa has been vocal about putting down roots, creating a legacy with a team and winning championships. He has the opportunity for the former now, but winning championships? He’s joined a mid-market team in a mid-market division. They certainly have a stronger chance of winning the American League Central with Correa on board than without, but they’re not the favourites in that division. Vegas Insider currently projects them at longer odds to win the World Series than the Guardians and White Sox.

With their current rotation and bullpen, they’re not going to win anything in the immediate future. and they’ll need all the stars to align if they want to ascend the mountain and topple the likes of the Astros and Yankees. With the new wildcard format, anything is possible, just ask Phillies’ fans. Making the playoffs is one thing, but winning is another. The Twins have lost their last 18 postseason games in a row. That incredible streak must come to an end soon.

They have a decent farm system from which they’ll be hoping to produce young studs. The Twins’ top two prospects, Brooks Lee and Royce Lewis are shortstops ironically. Lee has a plus arm so he could be moved to third, and Lewis is recovering from surgery so he won’t be back in action for at least 12 months. In a best-case scenario, if both prospects develop into major league-ready players, there may be a possibility to trade one of them for a top arm down the line.

Had he signed for the Mets, Correa’s talents would have been diluted playing at third base. Playing for the Twins provides a platform to showcase all his premier talent, both defensively and offensively during the prime years of his career. It might even help his reputation long-term. As one Twin fan said, “[It’s] a place where you can become a better person – no baseball fans can hate the Twins!”.

This could turn out to be a positive move all around. It’s good for the Twins, it’s good for Correa and it’s good for baseball. In an era where billion-dollar owners are creating fantasy teams of All-Stars, a superstar on a mid-market team might be just what baseball needs right now. 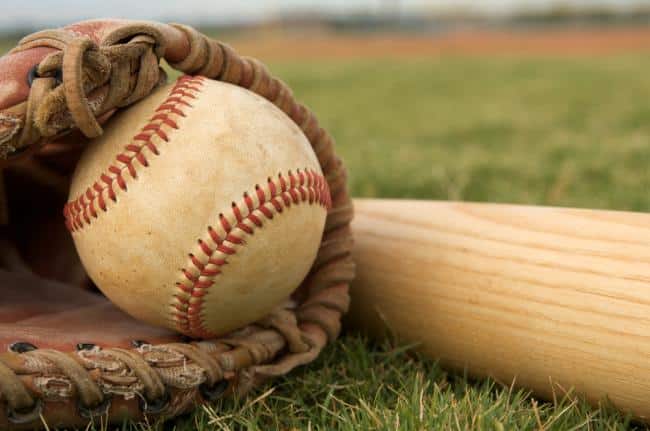 Paul Ryan says he ‘had too much power’ as House speaker

Beagle broke the code and merits to be suspended