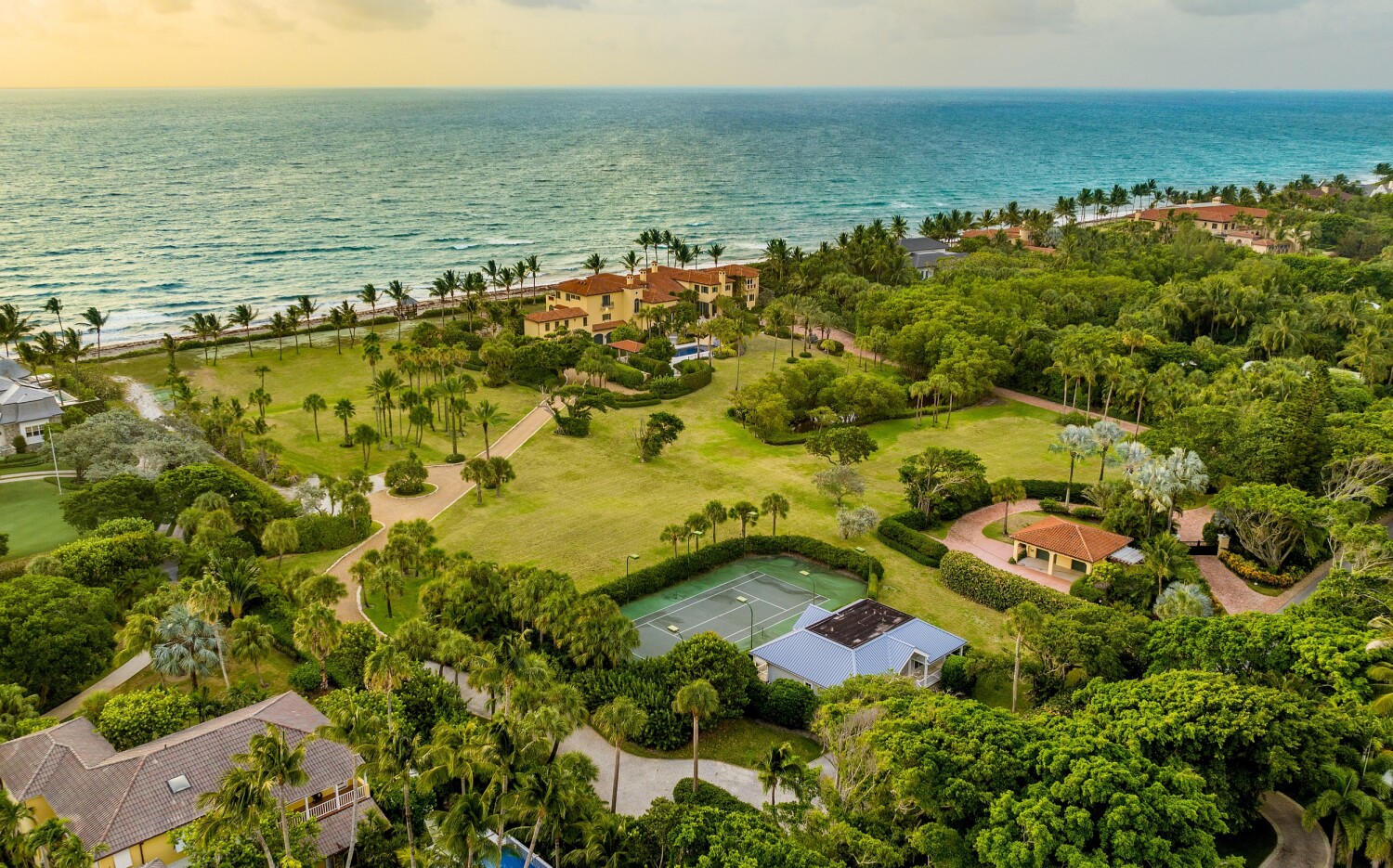 If he gets his price, it’ll be one of the biggest residential sales ever in the Sunshine Shine. The Oracle co-founder set the record himself earlier this year when he paid $173 million for an even larger place a few miles down the coast.

Ellison — whom Forbes lists at the sixth-richest person in the world with a net worth of $110 billion — collects prized real estate like kids collect baseball cards. He’s been the most active in Malibu, where he spent the last few decades scooping up dozens of oceanfront homes in Carbon Beach and beyond, racking up a tab that has soared into the hundreds of millions.

His trophy estate in North Palm Beach offers an almost unprecedented amount of space along the ocean with 563 feet of water frontage. At 6.5 acres, it’s the largest oceanfront property currently on the market in South Florida.

Lawns and palm trees populate the compound, leading to a 15,000-square-foot Mediterranean-style mansion with six bedrooms and 11.5 bathrooms. Decks and balconies hang off the second story, overlooking the private stretch of sand below.

Other highlights include a swimming pool, pond, pavilion and tennis court. A guardhouse is found at the front of the property. On the back side, a cabana leads to the beach.

Farhad Farman of Compass, who’s overseeing strategic marketing for the listing, said that since the buyer pool is so exclusive, the marketing will be extremely personalized with direct outreach to potential buyers around the world.

Ellison founded Oracle Corp. in 1977, and it has grown into one of the largest software companies in the world. The 77-year-old also owns mansions in the Bay Area and Rhode Island, a golf course in Rancho Mirage and the majority stake of an island in Hawaii.

L.A. likes to gawk at and struggle about extravagant actual property

Best 6 Tax Recommendations on Reporting Your Condominium Source of revenue

Musk deal could see Trump back on Twitter by midterms

Apple reportedly in talks to make AirPods and Beats in India

12 Entrepreneurs Share What Inspires Them To Be Better Leaders