As the old cliché reminds us, when two fighters get in a ring, you never really know. Despite so-called experts applying scientific analysis to predictions, checking recent form and dissecting styles, upsets happen in boxing. Sometimes, even unthinkable ones.

If Buster Douglas can beat Mike Tyson (1990), Lloyd Honeyghan can beat Don Curry (1986), Randolph Turpin can beat Sugar Ray Robinson (1951) and so on, then Hackney light heavyweight, Anthony Yarde, can dethrone Russian champion Artur Beterbiev at Wembley Arena on Saturday. It is, however, a mammoth task.

Yarde may only be 6/1 with British bookmakers, but if he pulls it off, live on BT Sport, it would be an upset on a par with any of those famous shocks.

Current three-belt 175lb world champion, Beterbiev, (18-0 – all knockouts) does not mess around. He boxed 300 fights as an amateur, winning all but five, including a victory against current unified heavyweight champion, Oleksandr Usyk.

With that pedigree behind him, he entered the paid ranks in 2013 and pulverised a succession of opponents before winning the vacant IBF title in just his 12th pro fight. Since then, he has added the WBC and WBO titles. Last time out, he demolished defending WBO champion Joe Smith Jr in just two rounds.

The terminator-like Russian, who brings a disquieting persona of malevolent calm into the ring, is the epitome of a seek-and-destroy fighter. Possessing KO power in both hands, he stalks opponents, applies intelligent pressure and waits for an opening. When it comes, he is relentless and merciless.

His opponent on Saturday has travelled a very different boxing journey. Like a lot of British kids, Anthony Yarde’s first love was football. Injury ended that dream, leading him to take up boxing late, at 18 years old. He had just 12 amateur contests.

Signing pro forms in 2015, and demonstrating natural athleticism and power, Yarde soon built up an impressive highlight reel of KO wins, albeit against meagre opposition. Heavily backed by Queensberry promotions, he was manoeuvred through the intercontinental route into a WBO world title shot against another Russian, Sergey Kovalev in 2019. This was in spite of accusations that he had not really earned it yet.

Alongside his outspoken trainer and manager, Tunde Ajayi, Yarde provoked mixed feelings among the boxing public. His team’s swagger and repeated motivational shouts of ‘lions in the camp’ got more than a little annoying, especially when it dominated the entire pre-fight press conference. It seemed a classic case of style over substance.

Once a fearsome wrecking machine of a fighter, Kovalev was on the slide by then, but on the night, Yarde struggled with the champion’s reach and jab. He had an impressive eighth round, but was eventually counted out, largely through exhaustion, in the eleventh.

Since that defeat, Yarde has rebuilt, picking up the Commonwealth title. Now standing at 23-2 (an avenged defeat to Manchester’s Lyndon Arthur the other ‘L’) he is still yet to chalk up a genuine world class win.

In one corner will be a man who has lived and breathed boxing since childhood. In the other a man who came to it as a young adult.

In one corner, a man who has knocked world class opponents over like skittles. In the other a man whose wins are over journeymen and domestic level fighters.

In one corner, a man who does not how to lose as a professional. In the other one who has already lost twice, to lesser boxers than the one he will be facing.

Those are the facts and while Yarde deserves huge respect for having the guts to face Beterbiev, it is very hard to make any sort of case for him. The champion is not rangy, like Kovalev, so Yarde should have no problem closing the distance. But the question is what happens when he does. Yes, there is the possibility that Yarde could land a Hail Mary right hand, but there is a far greater likelihood that if he goes on the attack, which is perhaps his only real chance, he will leave himself open to the Russian’s murderous combinations.

The only footnote to this, is that at 38, Beterbiev is nearing the end of his career, and sometimes, fighters get old overnight. In such a scenario, perhaps Yarde could find himself in the right place at the right time? There were no signs of ageing in the Russian’s last fight in June 2022, so that hope appears slender.

It may not quite be mission impossible for Anthony Yarde, because there is no such thing in boxing. But it is mission highly improbable.

Beterbiev to win by stoppage or KO within the first five rounds. 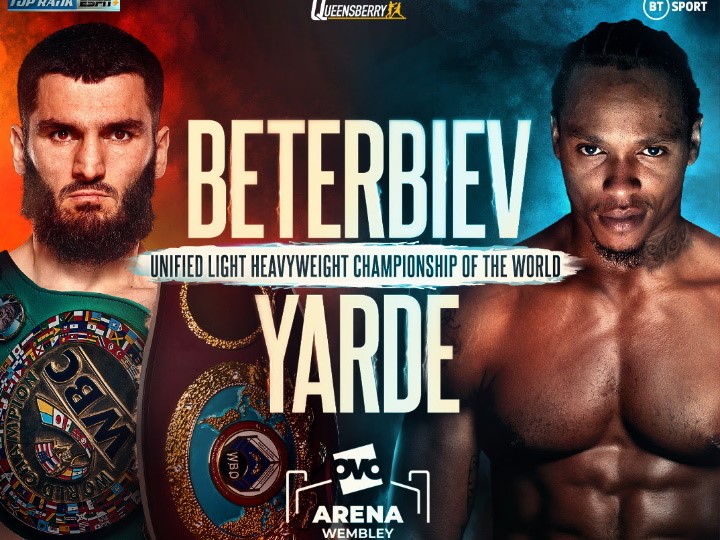 Can you have kids and fight climate change at the same time?