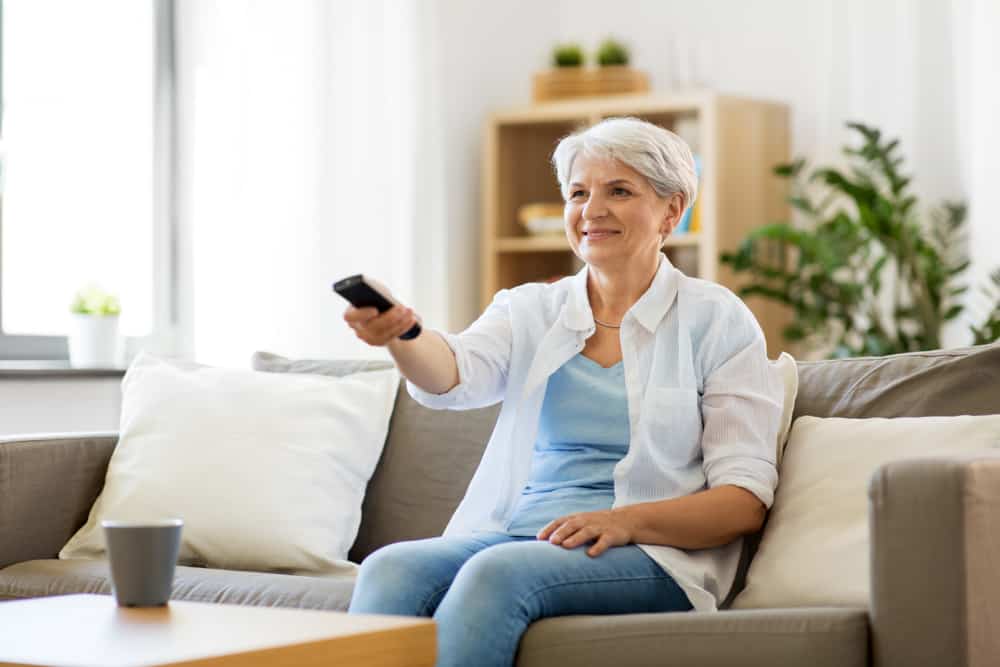 This iconic television series follows the story of Mama and her sister opening up their home to Mama’s newly divorced son and his 2 children.

As the family learns to play by Mama’s rules, Thelma Harper must learn how modern generations live.

Who Is Still Alive From Mama’s Family? 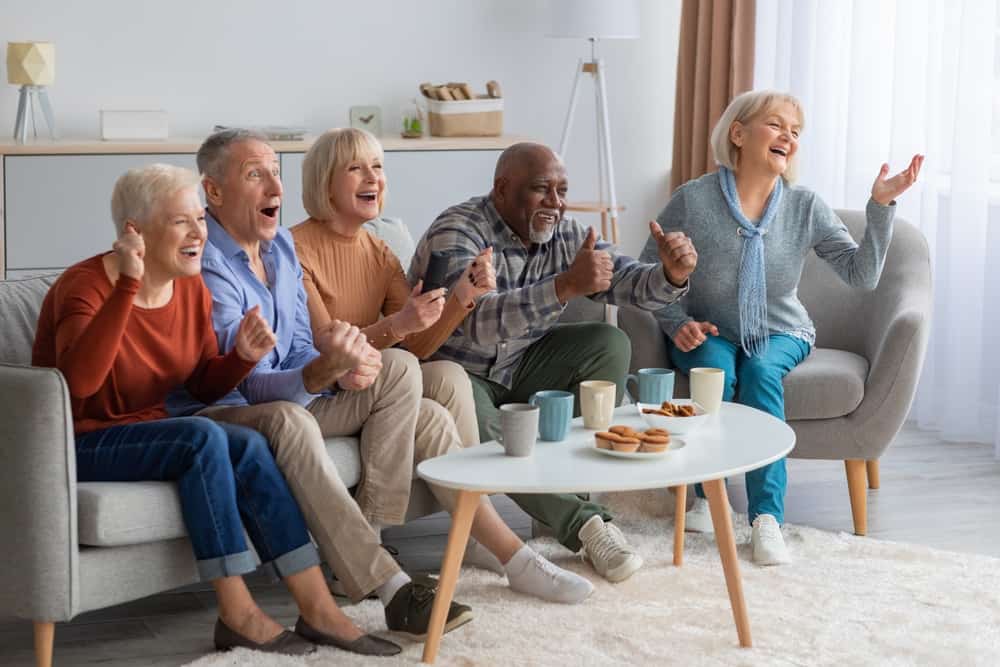 Lawrence first accepted the role of Mama after Burnett turned down the role in favor of the character’s daughter Eunice Higgins.

One of Lawrence’s most recent roles was reprising the character Mama for Call Me Kat in 2023, appearing on the episode Call Me Philliam.

Lawrence can also be spotted on The Resident as Gloria Ortiz, Margaret from The Cool Kids, and Angie Deltaliano on Great News.

After Mama’s Family ended, Beverly Archer made her way over to Major Dad, where she played Sargent Alva Bricker.

Archer also played Mrs. Whitfield in The Brady Bunch Movie, Dr. Carnage in Project: ALF, Miss Hardaway in Married… With Children, and Shirley Sherwood in The Young and the Restless.

Dorothy Lyman appeared in 125 episodes of Mama’s Family and went on to appear in a variety of shows, including Generations, Life Goes On, Bodies of Evidence, Bob, The Bold and the Beautiful, Picket Fences, Sisters, Hope & Gloria, The Nanny, Days of Our Lives, Reba, The Blacklist, Blue Bloods, and Murder, She Wrote.

Lyman also made a name for herself as the director behind The Nanny from 1995 until 1998.

Allan Kayser is best known for his role as Bubba Higgins, which he played for 95 episodes.

After his time on television, Kayser focused his acting career on films and starred in films such as Double Teamed, More Than Puppy Love, All Roads Lead Home, House of Forbidden Secrets, House of the Witchdoctor, and It’s Here.

Eric Brown played Buzz and went on to star in movies such as Rock-a-Die Baby and They’re Playing With Fire.

Karin Argoud, who played Sonja, recently starred in Love in the Limelight.

When Did Ken Berry Pass Away? 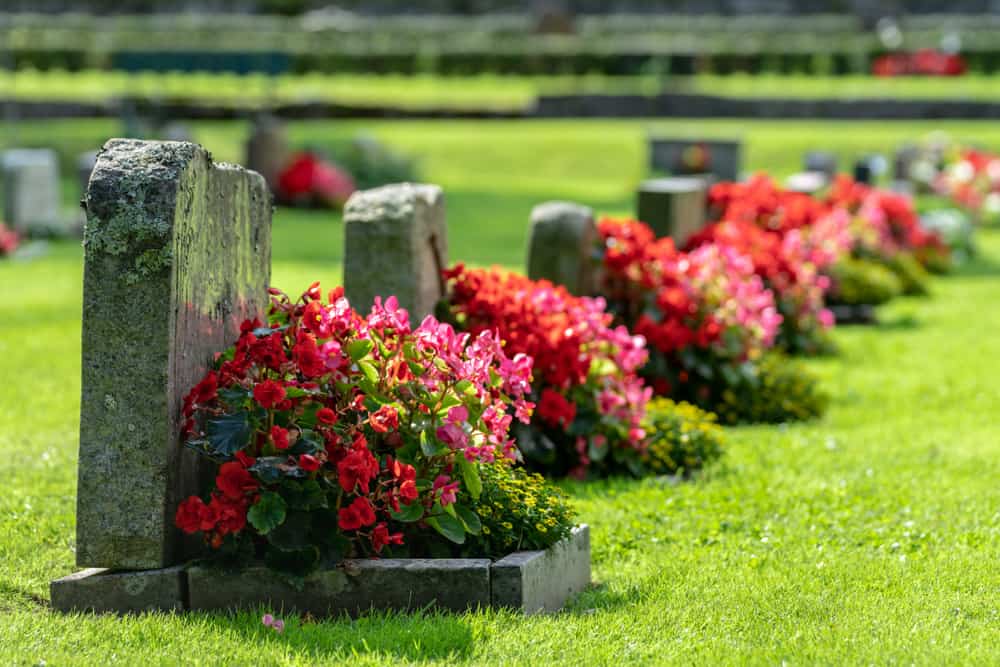 Ken Berry passed away on December 1st of 2018 after a career filled with lovable roles, which all started from his love of dancing.

When Berry was between 12 and 13 years old, he saw children his own age performing in a carnival and knew that he wanted to do the same.

Inspired by Gene Kelly and Fred Astaire, Berry began taking tap dancing lessons in hopes of being in his own musical movie.

After only a couple years of dancing experience, Berry won a local talent competition and was invited to join Horace Heidt’s touring company.

Once Ken Berry had graduated from high school, he began his service in the Army.

During his time in the military, his sergeant in Special Services was future Star Trek actor Leonard Nimoy.

After his time in the military, Leonard Nimoy used his Hollywood connections to help Berry make his way to the silver screen.

After making his way to television, Ken Berry could be found on shows like The Carol Burnett Show, The Sonny and Cher Comedy Hour, Fantasy Island, Love American Style, and No Time For Sergeants.

In 1972, Berry was given his own comedy variety series called The Ken Berry Wow Show.

One of the last roles that Ken Berry ever took was a Midwestern sheriff on Maggie Winters, Faith Ford’s comedy from 1998.

When Berry was asked what he wanted to be remembered by in the Archive of American Television interview, Berry replied “a working actor who tried never to step on anybody’s lines or upstage anyone.”

Ken Berry peacefully retired from acting after his role on Maggie Winters and lived his life by going wherever the day led him.

How Did Harvey Korman Die? 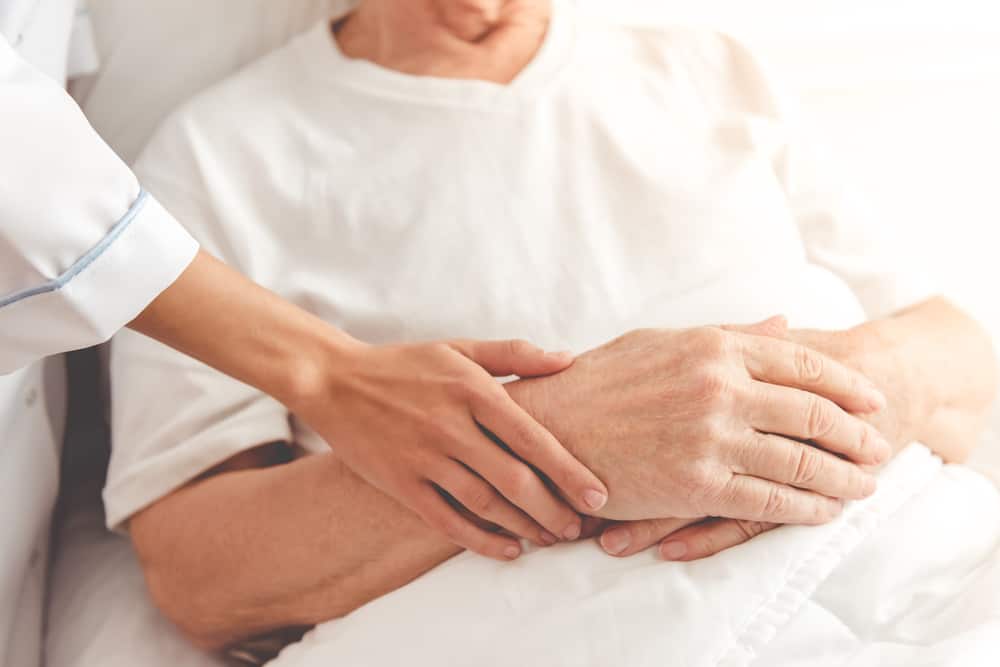 Harvey Korman’s death was caused by complications from an abdominal aortic aneurysm that had ruptured 4 months prior to his death on May 29th of 2008.

At 81 years old, Korman had undergone multiple major surgeries in the months leading up to his death.

Korman began his television career in the 1960s and got his first major break on The Danny Kaye Show in 1963.

Thanks to the experience he gained from that variety show, Korman became a master of both physical comedy and comedic timing.

This legendary actor even lent his voice to The Flintstone for the character The Great Gazoo, a spaceman from the future who was sent to the prehistoric past as punishment for his crimes.

While appearing on The Carol Burnett Show, Harvey Korman earned 4 Emmys and found a lifelong friend in his co-star Tim Conway.

What made Conway and Korman such a lethal comedic duo was their ability to genuinely make each other laugh, which producers would leave in.

According to Conway, “I don’t know whether either one of us was the straight man… When you’re working together, the most important thing in comedy is for one guy to know when to shut up. And we both knew when to shut up.”

By the time that Korman left The Carol Burnett Show, he had over 1,000 sketches to his name at 50 years old.

Korman would come back to The Flintstone for the 1994 live-action film, where he would voice Dictabird.

How Old Was Vicki Lawrence When She Started Playing Mama? 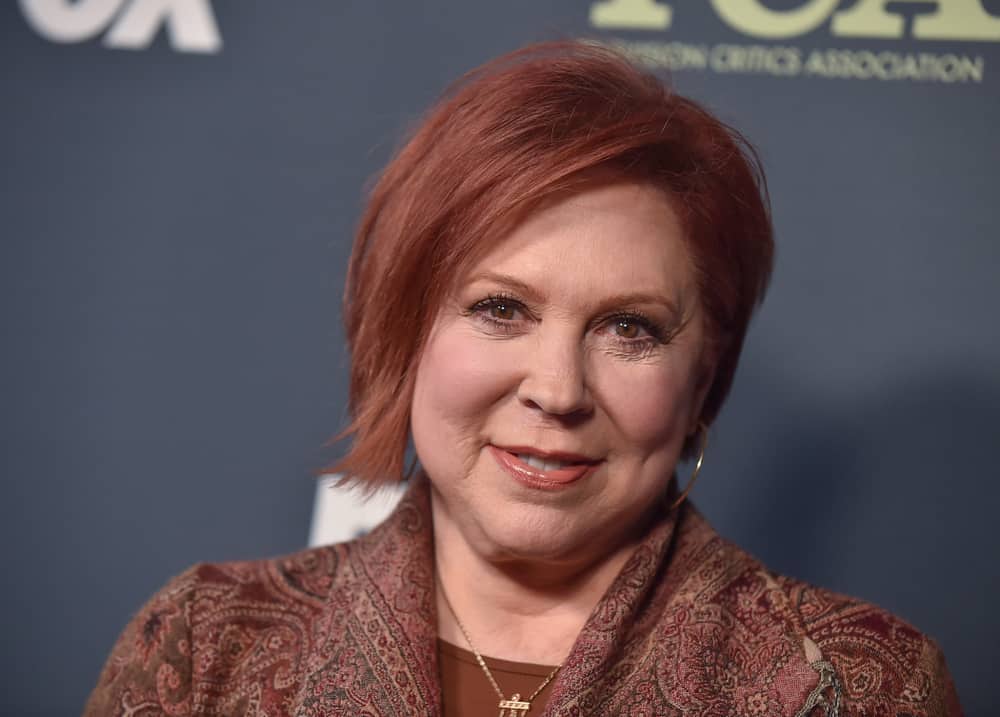 Vicki Lawrence was only 24 years old when she first came up with the character of Mama, but wouldn’t appear on Mama’s Family until she was 33 years old.

Lawrence originally based her character on her personal experiences with Southern mothers.

As Lawrence has gotten older, she finds herself thinking a lot more like Thelma Crowley Harper with each passing day.

After all the time Lawrence has spent on Earth and in the entertainment industry, she feels that she has earned the right to speak her mind more freely like Mama does.

Despite playing the oldest character, Vicki Lawrence was between 16 and 27 years younger than the majority of her older cast members.

When producer Joe Hamilton first offered Lawrence a role in the family spin-off series in 1975, Lawrence was uncertain that she wanted to play an old woman every week.

With years of convincing from her mentors Harvey Korman and Carol Burnett, Lawrence eventually agreed to start the series as Mama.

Burnett was said to be proud of herself for convincing Lawrence to create the show.

When going into Mama’s Family, Korman recommended that Lawrence tone down her character from the way she was originally portrayed in The Carol Burnett Show skit.

All of the original cast members from the skit were added to the show, including Lawrence, Korman, Burnett, and Betty White.

Both Carol Burnett and Vicki Lawrence were excited to add Dorothy Lyman to the cast after seeing her performance on All My Children in 1970.

Lyman was still filming All My Children during the first season of Mama’s Family, causing the actress to have to fly from Los Angeles to New York City every week.

When Did Mama’s Family Stop Airing? 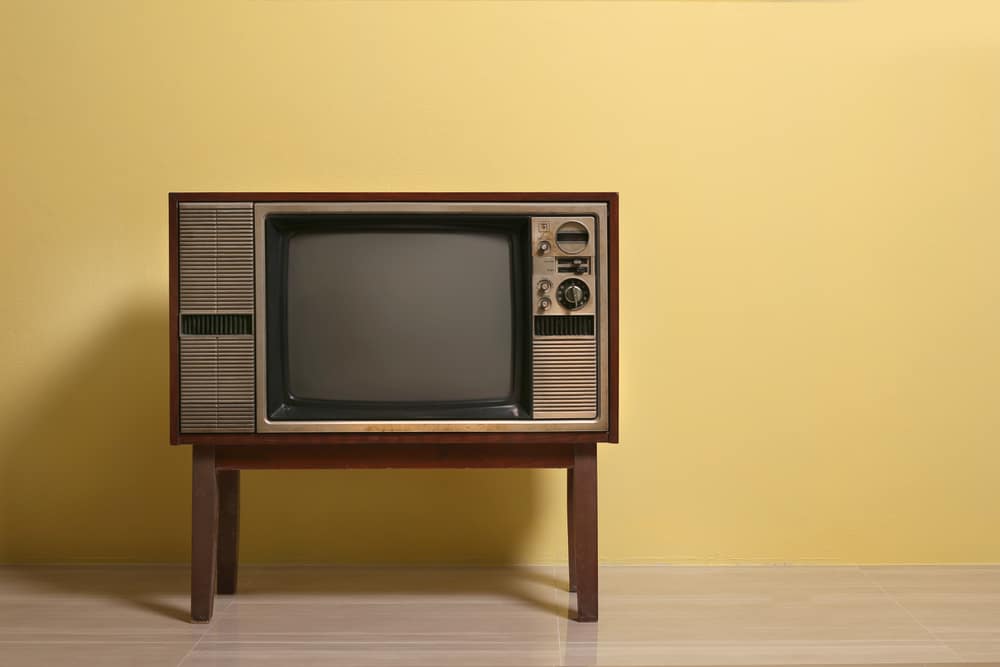 The final episode of Mama’s Family aired on February 24th of 1990 and was titled Bye Bye Baby.

In the episode, Vinton Harper has left for a business trip while Naomi Oates Harper is in the final trimester of her pregnancy.

Naomi begins worrying about what would happen if she goes into labor while Vinton is gone.

In an attempt to calm her nerves, Mama tells Naomi the story of the birth of their first child.

True to his character, Carl Harper was stuck in the bathroom when Mama went into labor, and she had to take a bus to the hospital instead of having her husband drive her.

Naomi ends up going into labor shortly afterward, but Vinton is able to get home in time to seemingly help his wife.

Instead of driving his wife to the hospital, Vinton Harper crashes his car into Mama’s car and passes out from both excitement and nervousness.

Mama saves the day by delivering the baby herself in the trailer, with the parents choosing to name their newborn daughter Tiffany Thelma Harper.

Although the series had been canceled on NBC after the first 2 seasons, Mama’s Family was one of the first series to successfully move off-network.

How to give remote tech support on Windows and MacOS

Reds’ Joey Votto to have shoulder surgery, out for season

Time to fret concerning the goalies?

Reporter’s notebook: Jesse Marsch’s Leeds side showed encouraging signs at times but lack of points cost him his job |...

Racing to Catch Up With ChatGPT, Google Plans Release of Its Own Chatbot

26 of our favorite Valentine’s Day gifts of all time