Last Thursday, Sussex announced they had signed Australia’s Steve Smith for a short stint in May. Smith will be available for three County Championship games, providing him with a warm-up ahead of this summer’s Ashes series, which starts at Edgbaston on the 16th of June. Smith’s signing has led to conflicting opinions; is it wise to provide Australia’s premier batsman with an opportunity to find some form and acclimatise ahead of the Ashes?

Smith averages a more than-healthy 59.55 in Test matches in England, so he is clearly comfortable with playing in English conditions. The only overseas country where Smith has a better average is India, where the pitches are far more docile. He has scored an impressive six Test match hundreds in England; only Steve Waugh, Rahul Dravid, and the great Don Bradman have more as visiting players. Smith is an outstanding player, and his stats show he doesn’t need to worry about acclimatising, but what effect will his stint have on the county game?

Australians have a rich pedigree in county cricket, especially during the early years of the millennium when the strength of Steve Waugh’s Australian side represented a closed shop for many talented Aussies. Stuart Law, Darren Lehmann, and Michael Di Venuto spent many a happy English summer carving up county attacks, providing some excellent entertainment. Law would play an entire season for Lancashire, a situation you rarely see now with overseas players thanks to an overly-crowded international calendar. Smith is unlikely to be the only Aussie enjoying a short stint in England, with counties reportedly eying up Mitchell Starc.

But how beneficial are these short stints? Arguably, flying in an overseas player for a month deprives a homegrown player of an opportunity to play. Splashing the cash may aid short-term results, but does it harm potential long-term development? Yes, it’s a results business, but is it financially viable to fly in a player for just a month? Counties are already facing rising costs; arguably, these short-term contracts are an unnecessary expenditure.

On the flip side, overseas players enrich the county game. As many a county bowler may have resented bowling at Stuart Law, they almost certainly would have improved bowling at a player of his calibre. Exposing young English players to the best the international game has to offer can only be a positive, showing them where the benchmark is. Sussex has a young group of batsmen who will undoubtedly benefit from Smith’s presence on the field and in the changing room. Overseas players can also significantly improve the spectacle, and Sussex will hope Smith’s only home game has a commercial impact.

While England’s first-class game has a healthy sprinkling of Aussies, it’s not a situation that is reciprocated. Many young English players have spent a formative year down under, but crucially they played Grade cricket, which is a high standard (some Aussies would argue it’s on a par with county cricket), but isn’t the same intensity as first-class cricket. It was a situation ex-ECB chief Tom Harrison was keen to rectify, writing a letter to Cricket Australia early last year pleading for opportunities for young players to play in Australia’s first-class competition, the Sheffield Shield, after another Ashes mauling down under. The last Englishman to play in the Sheffield Shield was leg spinner Mason Crane, who played for New South Wales in 2017. Impressive as Crane’s feat was, he was initially in Australia playing Grade cricket and was only drafted in after Australia called up both Nathan Lyon and Stuart O’Keefe.

Harrison’s idea had a premise, but it is unlikely to happen. Overseas players are a rare commodity in the Sheffield Shield. While there are eighteen first-class counties in England for Aussies to choose from, only six first-class state sides exist in Australia. Australia’s first-class game is geared towards player development; there is no promotion or relegation, meaning coaches can throw opportunities to young players. Young English players would undoubtedly benefit from playing in the Sheffield Shield, but why on earth would Cricket Australia be inclined to support this over the development of their own players?

Brendon McCullum and Ben Stokes will hope that Smith struggles on some potentially spicy early-season pitches. Smith’s wicket would certainly be the feather in the cap of any young county bowler, and his brief presence in the county game should be seen as an opportunity. While the potential of Smith and Cheteshwar Pujara batting in tandem is a delicious prospect for Sussex fans. One thing is for sure, Smith’s short stint will have no bearing on who lifts the urn at the end of July. 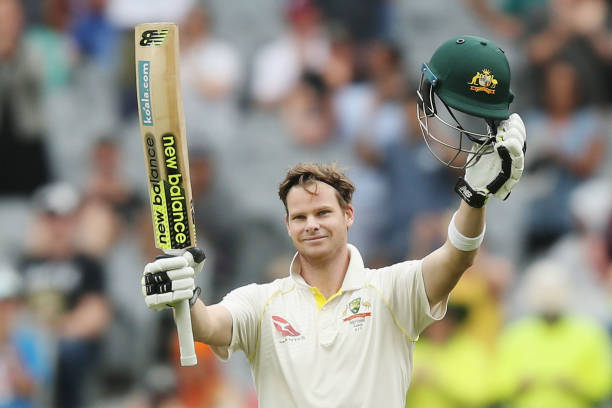 Spotify to cut 6% of its workforce