In keeping with an era obsessed with box-sets and Netflix mini-series, the mysterious tale of Chris Eubank Jr airs its next episode on Saturday night. Exclusive on Sky Box Office for £19.95, the 33-year-old Brighton enigma and former WBA ‘interim’ middleweight champ takes on Liverpool’s Liam Smith, the former WBO super welterweight titlist, at the Manchester Arena. It’s an odd development in some ways, but one which could answer some nagging questions.

Eubank Jr’s early career was often scintillating. His obliterations of domestic opponents like Spike O’Sullivan and Nick Blackwell were brutal, while the ease with which he dispatched world contenders like Avni Yildrim and Dimitri Chudinov suggested elite potential. At his best he appeared super fit and breathtakingly intense, with a work-rate capable of disrupting anyone’s rhythm. And yet, when the time came to step up, first against Billy Joe Saunders for the WBO Middleweight title in 2014, and then against George Groves for the WBA Super Middle crown in 2018, he came up short. Both clever opponents, with solid boxing fundamentals, able to control distance and box off the jab, they presented challenges that ‘NextGen’ was unable to match.

The Groves loss seemed to provoke a change in his approach and his braggadocio turned down a notch. All the loose talk of being the best ever, ended. But what is the aim now? Since Groves, there has been little, if any, real career progress. Talk of Golovkin or Canelo has been just that – talk, and a win over a badly faded James DeGale represents Junior’s best result in the last five years.

New direction was sought by working with the legend Roy Jones Jr from 2021, apparently to refine his style, but results of this link-up appear dubious. The jury is out on recent performances.

In his last bout, in February 2022, Eubank beat super-welterweight Liam Williams on points, in a really peculiar fight. Williams won a large number of the rounds but went down almost every time he was tagged. For his part, Eubank coasted most of it and appeared to have lost his old spark.

Enter Liam Smith, at one time considered the best of the four boxing brothers who comprise his immediate family. The 34-year-old has been a high level performer for a long time, and possesses the sound boxing fundamentals shown by both men who beat Eubank. This is a box ticked in his favour, but two things stand squarely in his way.

Firstly, and most importantly – size. Smith, like Williams before him, has boxed his entire career at super-welterweight (154lbs). He is stepping up to take on Eubank who naturally flits between middle (160lbs) and super middle (168lbs) and has demolished 168 pounders in the past. Strength and power will therefore be against him, and it is unlikely he will be able to deter Eubank from the outside, as both Saunders and Groves did.

Secondly, ‘Beefy’ may be well schooled, but has a natural, come-forward style. If he tries to walk Eubank down, that will play into the Brighton man’s hands. NextGen has relished his outings against opponents who fight like that and enjoys nothing more than picking them off with laser sharp, flashy combos, before stepping off and scowling at them.

In summary, Smith is a top performer and certainly for a long time, world class at super welter. It is unclear how much he has left, and the step up to middleweight is a big ask. Even at his best, he is neither cute and elusive, like Saunders, or big, like Groves.

World In Sport Prediction – Eubank Jr to catch Smith repeatedly on the way in, put him down a couple of times and win by stoppage in the later rounds.

There remains a question about why, at this late stage of his career, Eubank seems to be targeting smaller opponents. He recently expended a fair amount of energy trying to tempt former welterweight champ Kell Brook into a fight, so it’s clearly a deliberate tactic. This is an odd gambit for someone who is meant to be aiming for world honours in his own weight division(s). Does beating Williams, Brook or Smith advance his cause in that regard?

It should also be emphasised that assuming Smith has something left in the tank, Eubank will need to stay busy to succeed. The foot-off-the-gas, just-do-enough-to-win style he has adopted since training with Jones is unlikely to suffice. But with a bit of his old high-tempo fizz, his natural advantages should see him prevail.

If not, and Eubank Jr loses this one, then it is safe to say that his long career in the spotlight, which began as a well-spoken public schoolboy on Channel 5’s ‘At Home with the Eubanks’ in 2003, will be over. 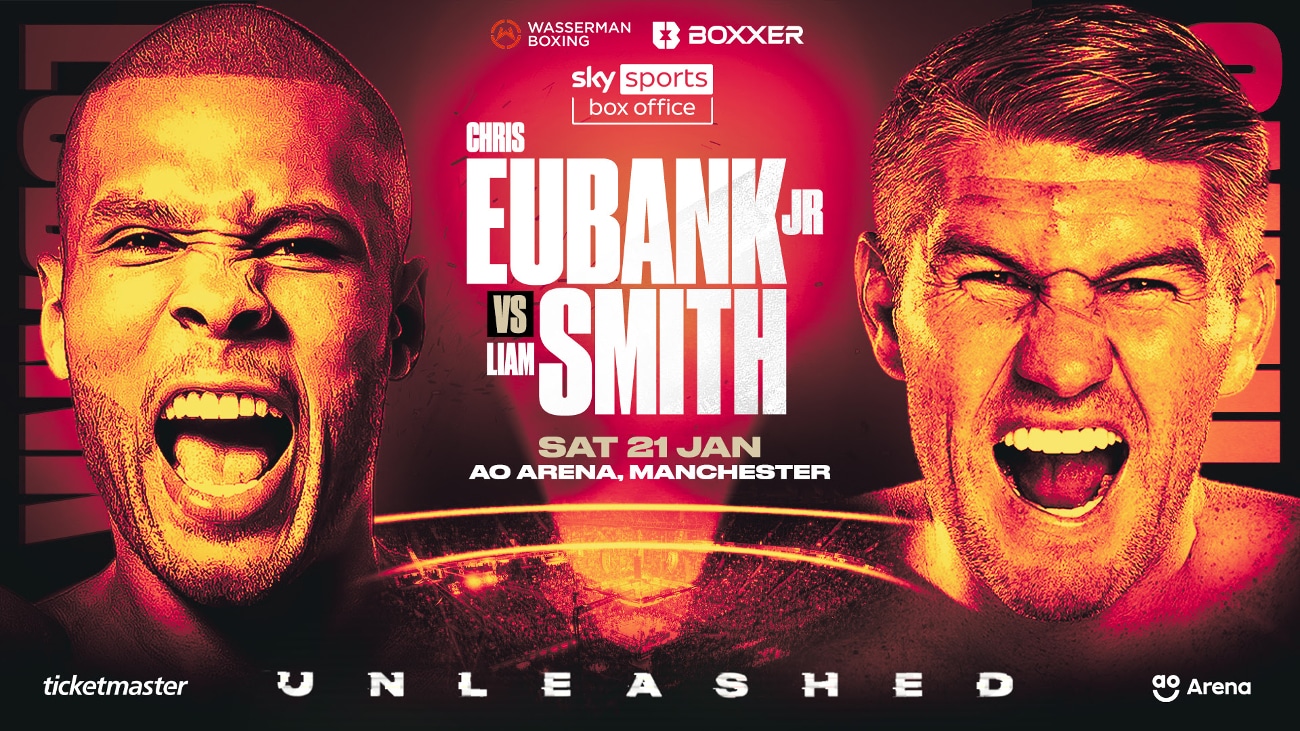 Dubai benefits from crisis and the Russia-Ukraine war: Damac chair

Brady seeks first win over Saints as a Buccaneer, and other things to watch for this NFL Sunday

Daniel Kinahan: Alleged head of ‘murderous group’ with hyperlinks to boxing centered through US govt