Bunny Shaw’s strike moved Manchester City to within six points of the Women’s Super League summit with a 1-0 victory away at West Ham.

With last week’s top two Arsenal and Chelsea drawing at the Emirates Stadium and Manchester United beating Liverpool to move into second place, City were in need of a victory to keep up with the top three sides.

After an end-to-end first half which ended goalless, Shaw put Gareth Taylor’s side in front by rounding Mackenzie Arnold and slotting home a slick City move involving Yui Hasegawa and Deyna Castellanos for what proved to be the winner. 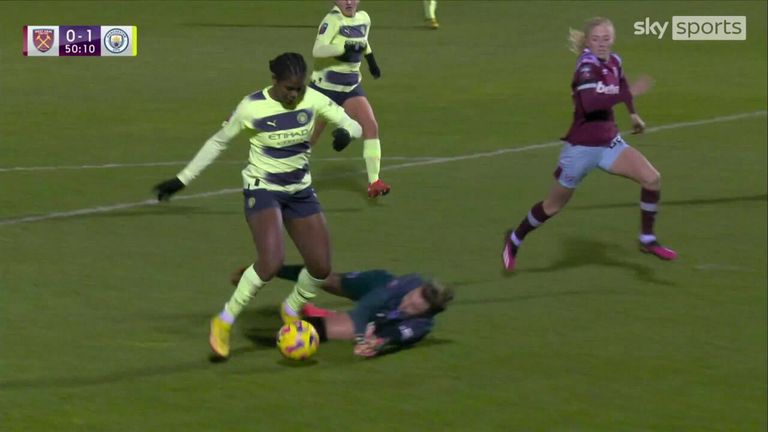 The victory moves City on to 22 points, three behind Manchester United and Arsenal. All three title rivals have a game in hand on champions Chelsea, who lead the way on 28 points.

West Ham, meanwhile, spurned their opportunity to move one point behind City and as a result drop to sixth following Everton’s win over Reading earlier in the day.

How City edged past the Hammers

An open first period saw Manchester City start brightly with plenty of possession and half-chances, but West Ham grew into the game and created the better quality opportunities to take the lead.

City had Chloe Kelly and Lauren Hemp creating havoc on both wings, with the latter seeing several close-range chances blocked, while defender Allana Kennedy forced Australian compatriot Arnold into a good stop in the Hammers goal.

But West Ham came within inches of taking the lead from a corner as an almighty goalmouth scramble saw Grace Fisk prod a shot goalwards from six yards – but Leila Ouahabi hacked the ball away on the goal line with Ellie Roebuck beaten.

The Hammers created another superb chance to take the lead on the stroke of half-time as Risa Shimizu broke away down the right wing and her near-post drive was well tipped over by City goalkeeper Roebuck.

Paul Konchesky’s hosts would go on to regret those missed opportunities as City took the lead just five minutes after the interval.

The visitors played two slick vertical passes to Hasegawa and Castellanos to open up the West Ham midfield. Castellanos then played through Shaw with a superb first-time pass, leaving the striker with the simple task of rounding Arnold in the Hammers net and tapping home her ninth league goal of the season.

West Ham tried to respond straight away as Fisk headed over Lucy Evans’ free-kick when found unmarked in the six-yard box.

Shaw, however, was in the mood for more as she was denied another goal by a superb last-ditch challenge by Hawa Cissoko, moments before flicking on Kelly’s cross that just evaded the onrushing Hemp for a tap-in at the far post.

City’s goalscorer missed a great chance to double her haul as she burst down the right flank and struck the outside of the far post, with Hemp seeing her rebounded flick tipped over by Arnold.

West Ham’s goalkeeper was also equal to Castellanos’ close-range finish from the resulting corner, as the game fizzled out in City’s favour – earning them a vital three points.

Manchester City manager Gareth Taylor to Sky Sports after the win: “It was a tough game. It would have been nice if we had edged ahead with a couple more chances that we had in the second half.

“We were very calm at half-time. I always felt it was a matter of time before we got a chance and we scored early on and I thought it was a fantastic goal. I thought we showed real good resilience and saw the game out well.” 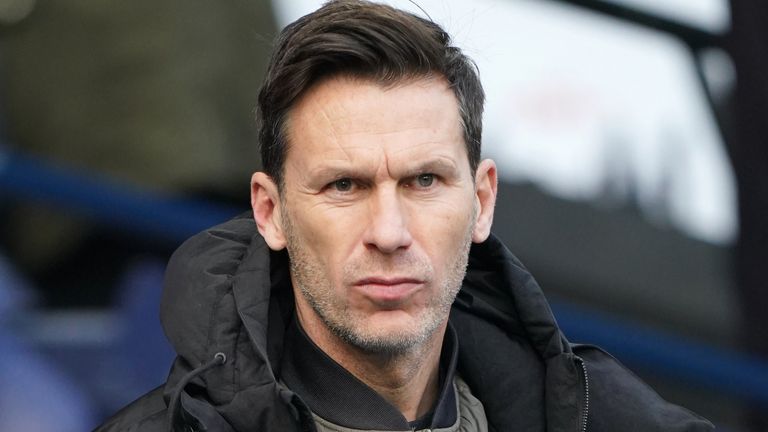 West Ham manager Paul Konchesky: “I thought my team were excellent today. We want to keep going. We want to go as high and get as many points as we possibly can.

“We want to be successful. Hopefully, we can do that. I think if we put performances like this in every week then I think we can go a long way as a team.” Both teams turn their attention to the FA WSL Cup in midweek, with Manchester City travelling to Leicester City, while West Ham go to Brighton.

Man City’s next WSL game is a home clash against Aston Villa, live on Sky Sports with kick-off at 11.30am. West Ham, meanwhile, travel to Everton in the league next Sunday.

The Wordle Starter Words That Practically Guarantee a Winning Streak

F1 Trying out: Mercedes draw in consideration in Bahrain with radical ‘no sidepod’ design on new-look automotive