This week, several other Super 25 teams will be lining up across from each other, setting the stage for more playoff drama. Here are the top-five games on the schedule. 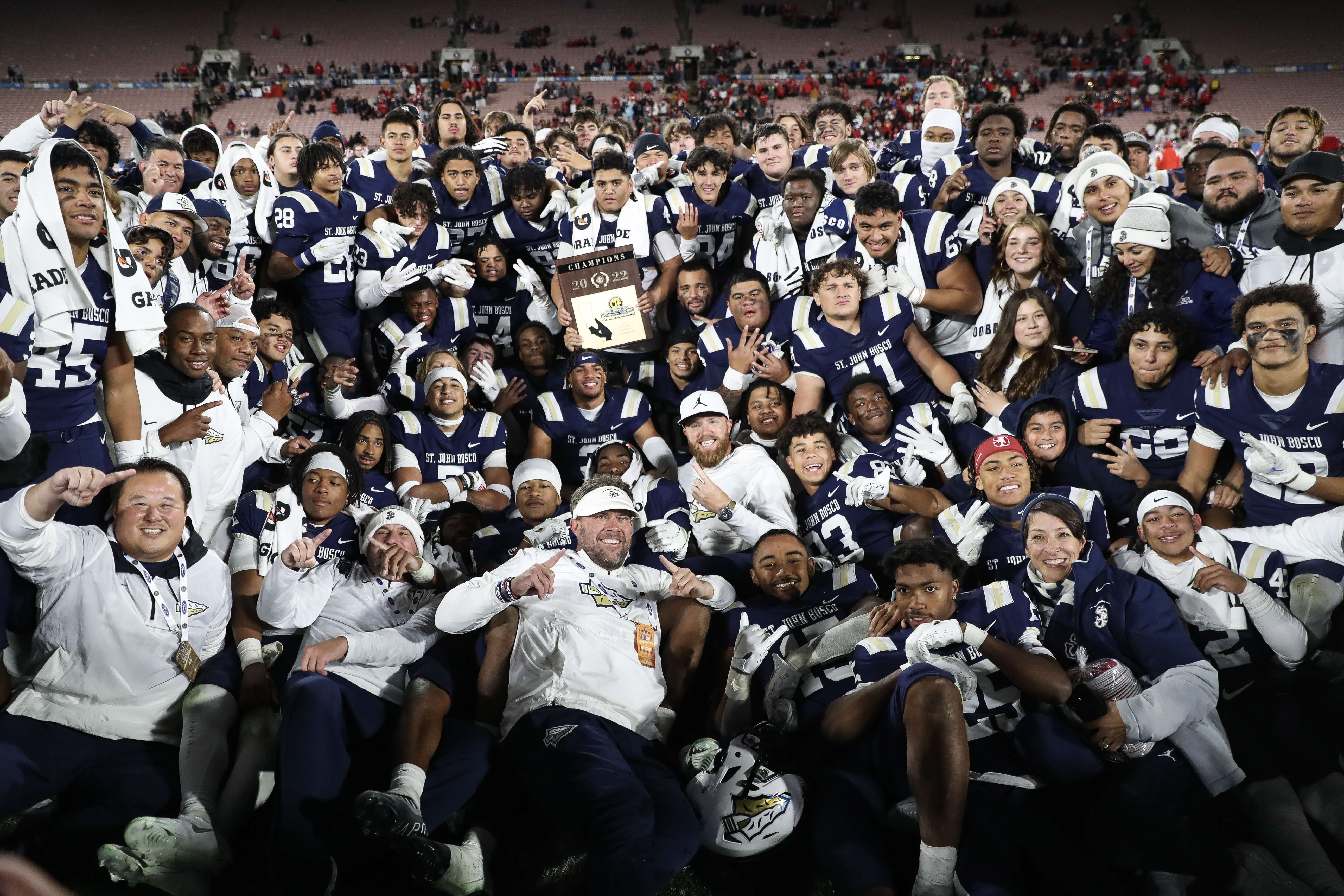 To get here the Braves beat out the Monarchs in dramatic fashion last Friday night, winning 24-22 after holding off a late rally by Mater Dei. In the end, it was quality line play that won the day for Bosco. On defense, they stood tall in the red zone with several successful goal line stands. Their offensive line also played a key role in crunch time.

Still undefeated on the season, Serra hasn’t really been challenged since back in Week 2, when they defeated De La Salle (Calif.) by a field goal. The Padres have beaten every team they’ve faced since by at least 12 points, including a 41-14 route of Archbishop Mitty (Calif.) last week. 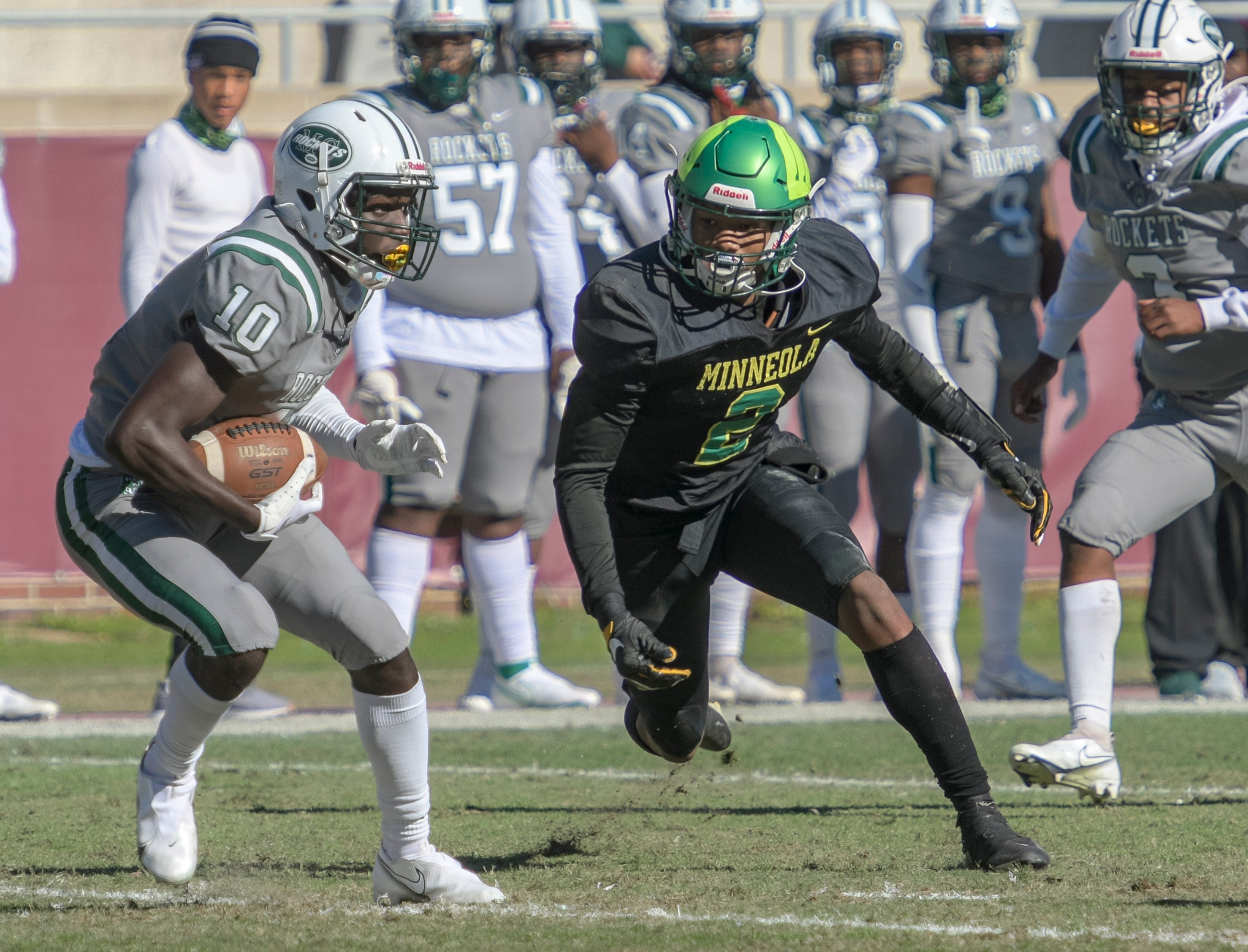 Florida: No. 4 Central vs. No. 13 American Heritage

The Rockets began their 2022 campaign with a 20-14 win over IMG Academy (Fla.), getting their journey off on the right foot. That was about as tough as it’s gotten for Central this year. All together, they have beaten seven of their opponents by 30 points or more. Last week they took out Lakewood (Fla.) 39-21 to advance. 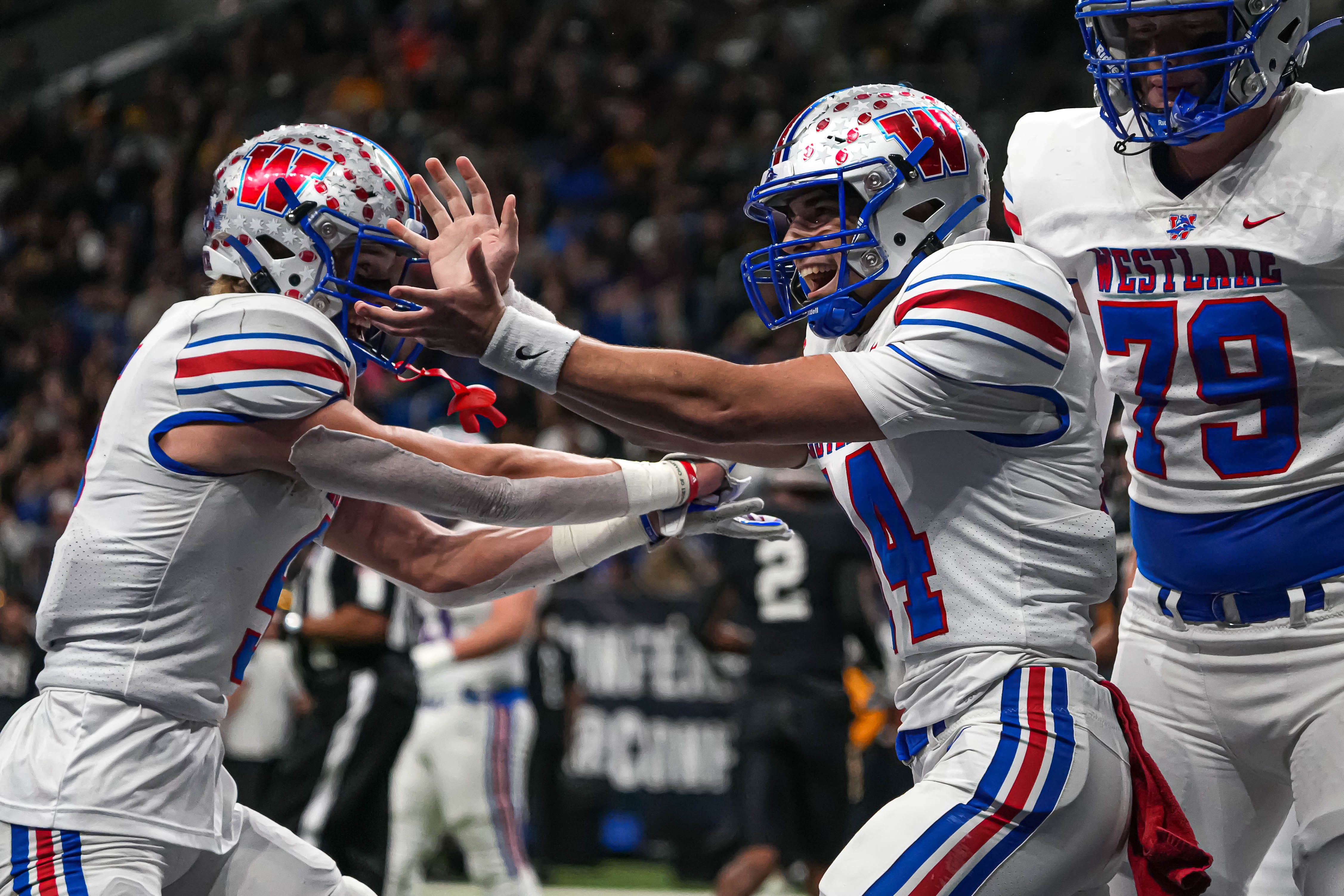 They have some strong competition for the title, but Westlake might be the most-dominant high school football team in the nation this year. Their season began with a 30-point blowout over Ridge Point (Texas) and they haven’t looked back. Along the way, they’ve posted several lopsided wins by scores of 73-7, 66-17, 70-0, 45-0, 70-10 and 58-10. They did it again last week against Brennan (Texas), winning 47-7 on the road.

While not quite as dominant as Westlake, the Mustangs are also undefeated on the season. They have done it by running up the score on their opponents. They have put up at least 38 points in 12 different games this season. Last week they put up 38 again vs. Atascocita (Texas) in a 31-point landslide. 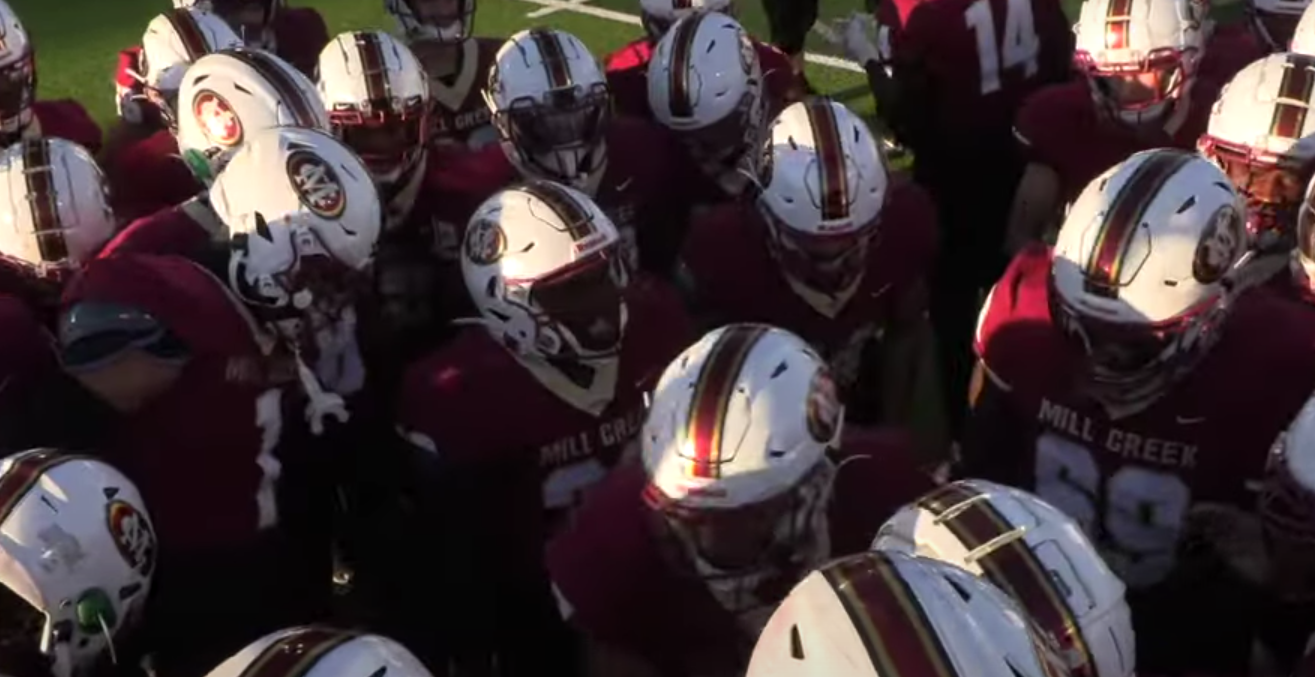 If you get to this point in the schedule and you still haven’t lose a game, you’re doing something right. The Trojans won their first game this year against Gadsden City (Ala.) 69-7, setting the tone for a dominant campaign. Carrollton boasts one of the top defenses in the country, holding eight opponents to 14 points or less. They beat Colquitt County (Ga.) on Friday, 35-27.

With the exception of a close call Week 1 against Walton (Ga.) and a 12-point loss to Buford (Ga.) in mid-October, Mill Creek has been rolling over their competition all year. They won their next two games by a combined score of 99-0 and have blown out every other opponent by at least 24 points. Last week they beat Milton (Ga.) 48-14. 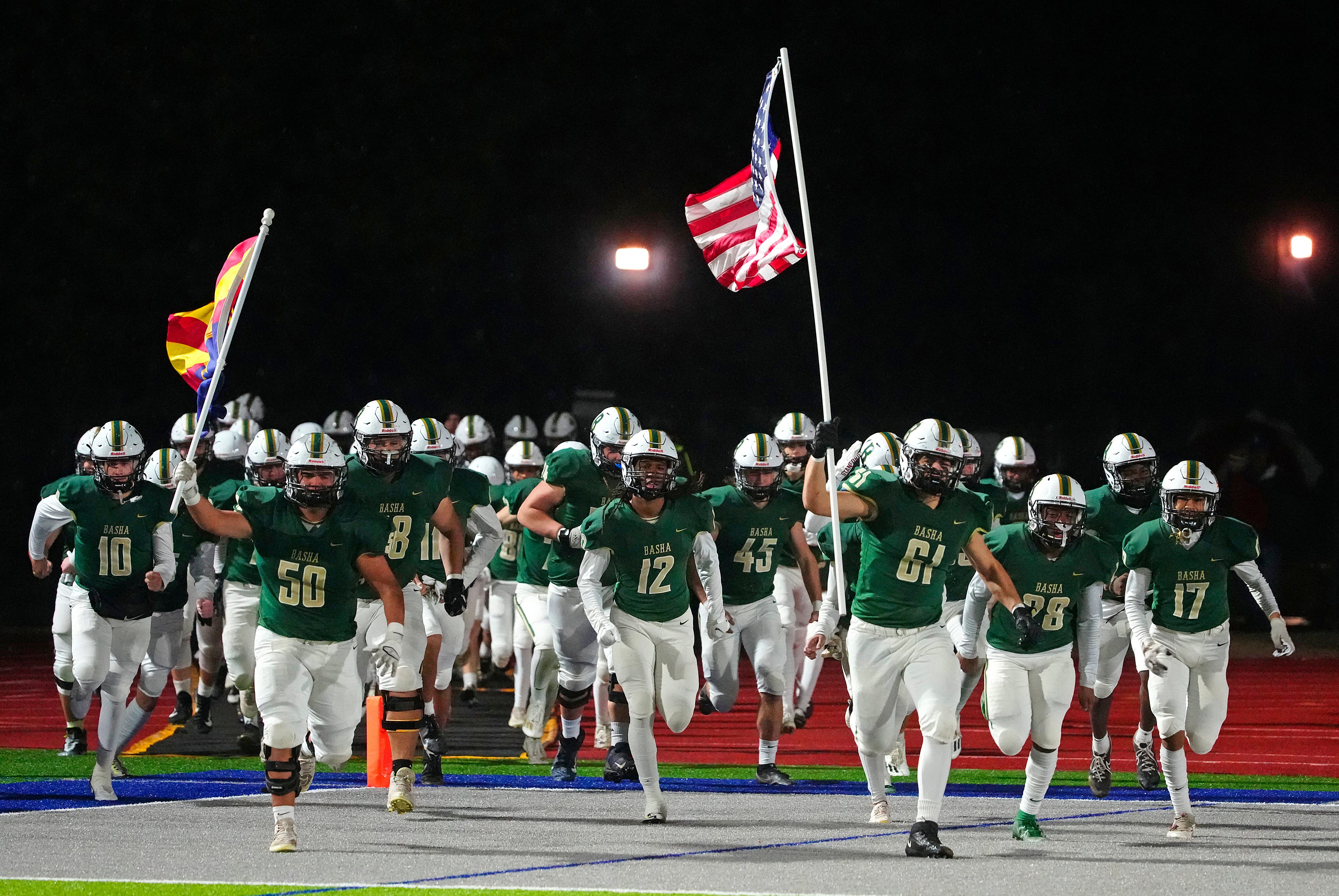 The only team that’s beaten Basha this season is Liberty (Ariz.), a 35-7 blowout back in early October. Since that point their defense has tightened up considerably, not allowing more than 25 points in a single game. It’s getting better with time, too. To get here Basha pitched a shut out against Chandler (Ariz.) in a 13-0 playoff win last weekend.

The Sabercats had a shaky start to their 2022 season, losing their first game and three of their first five matchups overall. However, since then they have gone on a tear, winning seven straight games, including a one-point road victory over Liberty on Saturday, 43-42. That avenged a 26-17 loss to Liberty on September 30, which was the last time Saguaro lost a game.

The GOP push to roll back the military’s Covid-19 vaccine mandate, explained

Dunk of the year? NBA world reacts to Gordon’s ridiculous poster of Shamet

The Last of Us HBO episode 4 recap: Ellie on her own terms