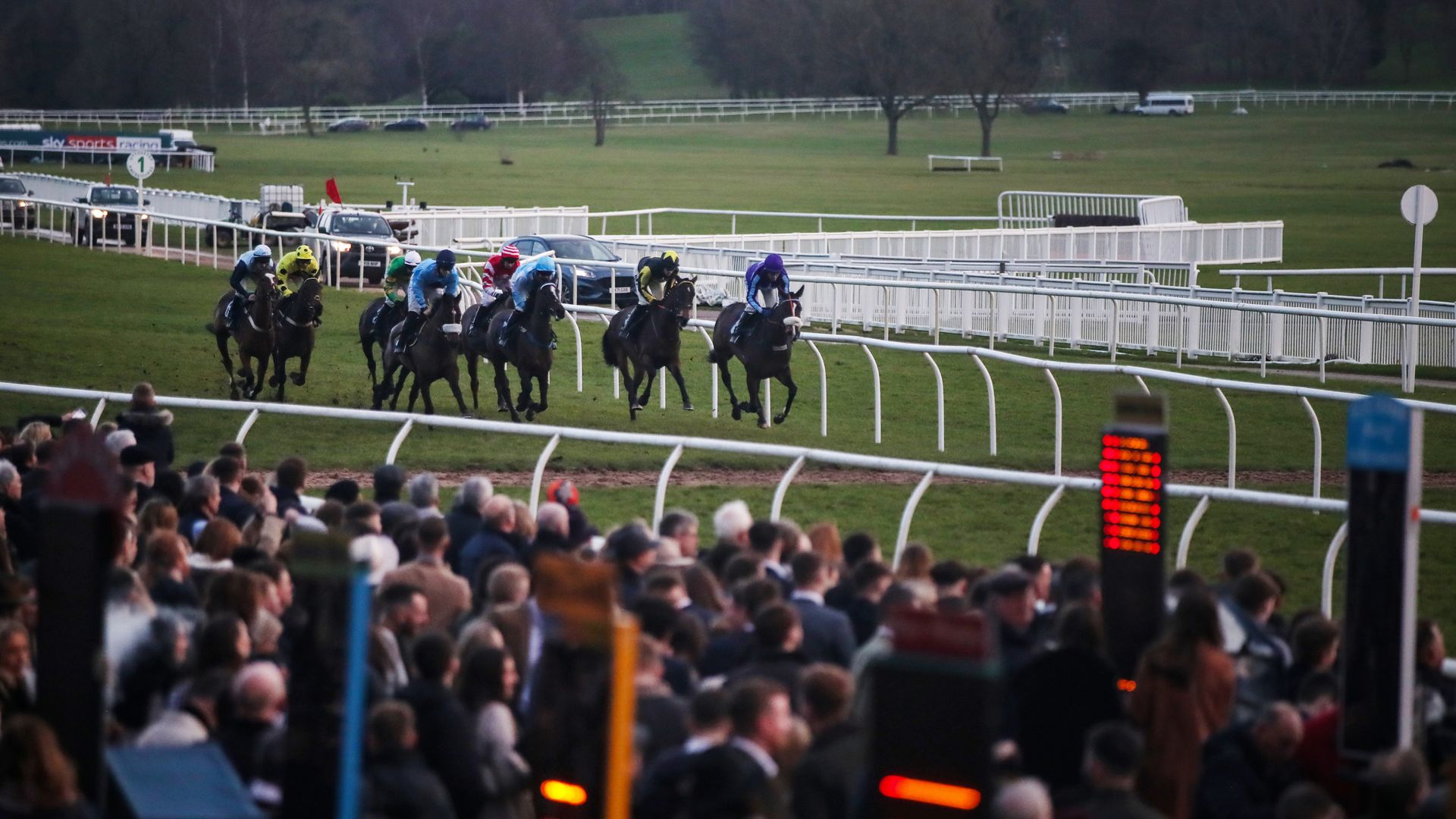 At The Races’ Gary Nutting has focused in on a cracking chase contest at Uttoxeter on Sunday, live on Sky Sports Racing.

The Sky Sports Racing cameras are at Uttoxeter on Sunday where the MIP Novices’ Limited Handicap Chase (1.23) is the most valuable contest on a seven-race card.

The class three event over an extended two-miles-and-six-furlongs has attracted eight declared runners headed by 140-rated Bear Ghylls, fourth in the Ballymore Novices’ Hurdle at the Cheltenham Festival two seasons ago.

The ground was officially described as soft on Saturday afternoon, with further showers forecast and temperatures remaining on the cold side.

Left-handed and sharp in nature, Uttoxeter tends to favour prominent racers and an ability to see out the trip is important when conditions get testing. Of the trainers represented in this race Dan Skelton (Benny’s Oscar) has the best course stats over fences with nine wins and a near-20 per cent strike-rate in the last three years according to our stats.

Successful in four of his six starts and his two defeats haven’t been too shabby either, finishing fourth at Cheltenham Festival and third on last month’s chase debut in Class One Listed event at Carlisle. Strong claims despite topweight.

Highly progressive over hurdles before seemingly biting off more than he could chew at the Grand National meeting (though interesting he started joint favourite). Makes seasonal/chase debut off same mark.

Dual hurdles winner who has been knocking on the door over fences, including here on soft ground. Gradually easing in weights and small stable in good form.

Won both hurdle starts before finishing just ahead of Arizona Cardinal in hot Sandown handicap in March. Meets that rival on better terms now, but lacks chasing experience.

Progressive hurdler who signposted potential for fences when creditable seventh in big-field Sandown handicap last spring. Impressed with the way he travelled and jumped when making all on chase debut at Bangor last time and this track promises to play to his strengths off 5lb higher mark.

Ex-pointer who makes quick switch to fences after impressing in novice hurdles (two wins and a second from three tries). Obvious scope for improvement, though hard assess from handicapping point of view.

Bear Ghylls enjoys a class advantage and there was nothing wrong with his reappearance/chase debut third in a traditionally key early-season big-race trial. However in receipt of 15lb ARIZONA CALL might have the top weight’s measure, especially on a track that should suit his attacking style.

Donald Trump returns to Twitter thanks to Elon Musk

Billy Sharp attacked through fan all over Nottingham Wooded area-Sheffield United pitch invasion | Paul Heckingbottom: ‘It is out of order’ | Soccer Information