Michael Flynn was almost part of the furniture when he took charge at Newport County.

His hometown club, a player through four separate stints and then part of the backroom staff before taking over as manager in 2017.

At Walsall, things are a little different. Thrust into a brand new environment when he took charge in February, Flynn has had to refresh and revitalise the playing staff, work through a club takeover in the summer and try and build enthusiasm among a fan base that have endured three incredibly underwhelming seasons in League Two.

It is the type of challenge the Welshman relishes.

“I’m loving it,” Flynn tells Sky Sports after winning the Sky Bet League Two Manager of the Month award for October. “It’s been a real managerial education for me. I’ve played all around the country at different clubs, but this is a first as a manager [away from Newport].

“I’ve had a chance to refresh and reflect on my time there. Both good and bad. And I feel I’ve come back here as a better manager.

“When you come into a new place you just have to treat everybody with respect, and how you’d like to be respected yourself. Then you have to try and get the players to buy into your philosophy and your way of thinking, and you create that togetherness.

“It is the same whatever level you’re at. You see the same at Liverpool with Jurgen Klopp, Pep Guardiola, Mikel Arteta. It’s all about work ethic and togetherness. So far it’s been a very good relationship.”

Walsall started the season well with back-to-back victories, but then followed a tricky run of nine without a win.

Considering the upheaval in the summer it is no surprise things took a while to gel. There were 19 new arrivals in the last transfer window.

In October they won four and drew two of their seven games, leading to Flynn’s award and Walsall’s gradual climb back up the table.

“It’s brilliant because it came off the back of a really bad month in September,” he says.

“There were a lot of positives there, despite the fact we weren’t winning games, because we could see that it was a new team that had been put together.

“It was about getting to know each other, to work with each other, and getting the right mentality into the players.

“I’m buzzing for the squad, the staff, the new owners and the fans – because they stuck with us. It’s a new team and ownership, and I hope it’s the beginning of something special.” 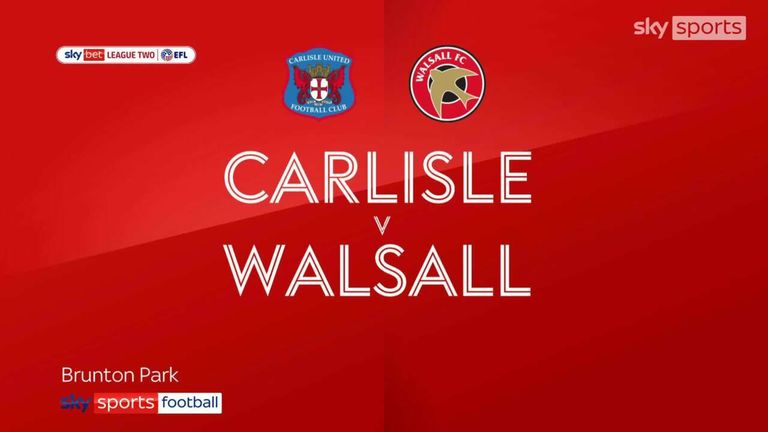 “I think we’ve improved a lot of things around the club. We’ve had ups and downs but we’ve taken small steps and we’ve tried making improvements over the course of time. If you have longevity in a job you tend to be more successful, and that’s what we need as a group. The owners, the players and the staff.”

Flynn took Newport from the brink of relegation to the cusp of promotion, twice losing in the League Two play-off final to be denied a crack at the third tier.

With everything pointing in the right direction at Walsall, he hopes to finally make that jump. And perhaps go even further.

“I’m not just in the league to make up the numbers,” he says. “I want to be successful, to improve year after year and push forward. The injuries haven’t helped, but they’re coming back slowly and we’re looking forward to a busy period.

“I’m 100 per cent an ambitious individual. I want my staff and my players to be the same. Nothing would give me more pleasure than seeing my players getting moves to Championship or Premier League clubs. Whatever happens we are all on this journey together. There’s a real togetherness and we are here to push each other and help each other through our own careers.

“Predominantly this club has spent most of its time in League One and that is where we should be at least. But we’ve got great facilities and a fantastic stadium. Getting to the Championship would take a monumental effort, but it’s also possible.

Congress Will Have The Most Black Republicans In Over A Century

Billy Sharp attacked through fan all over Nottingham Wooded area-Sheffield United pitch invasion | Paul Heckingbottom: ‘It is out of order’ | Soccer Information