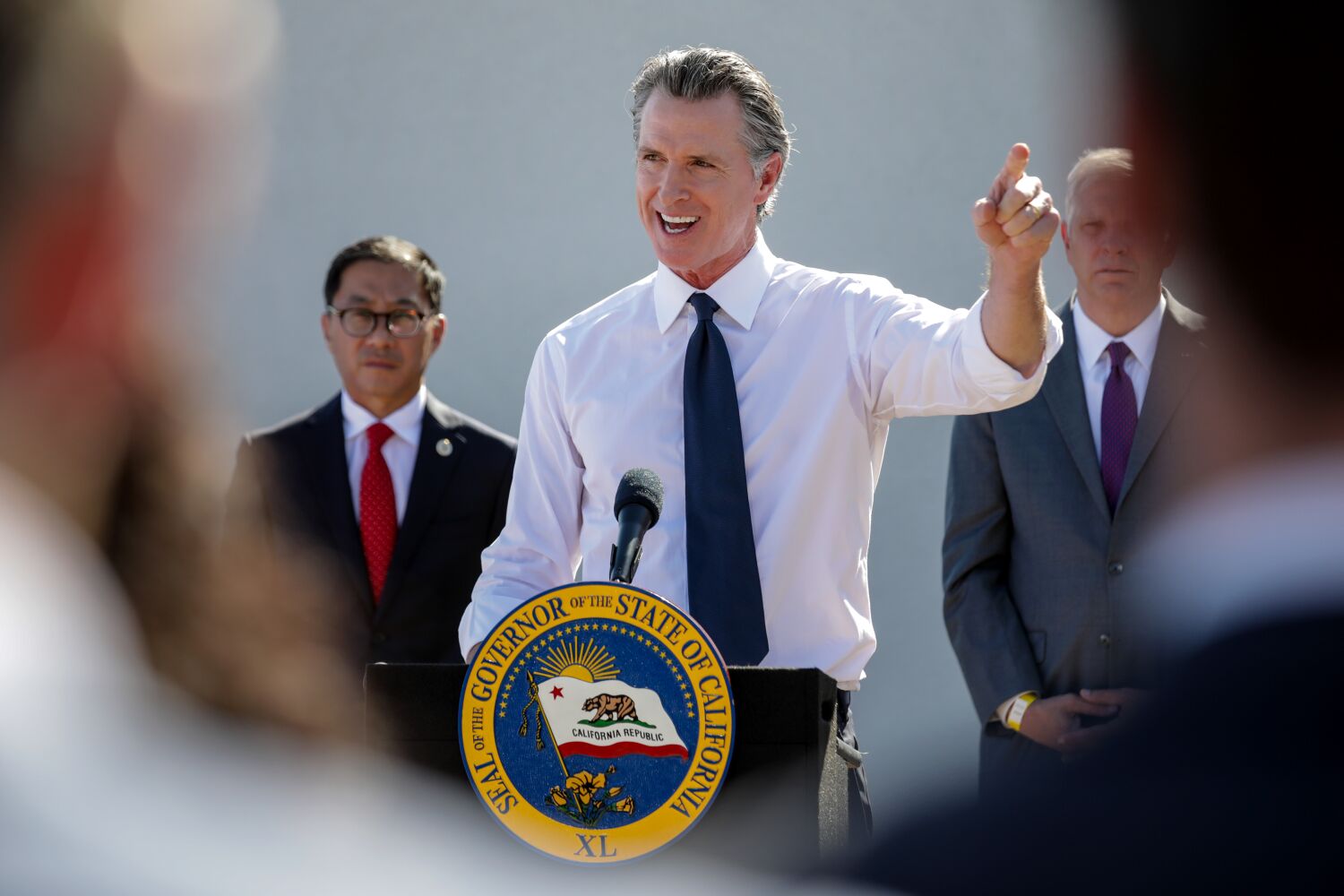 Gov. Gavin Newsom came into office four years ago with some of the biggest promises on housing imaginable.

The state would build 3.5 million new homes by 2025, a quintupling of California’s average annual housing production. And his effort to address the state’s housing affordability crisis would be akin to the Marshall Plan, the U.S.’ multibillion-dollar campaign to rebuild Western Europe after World War II.

Now, as Newsom campaigns for a second term in office, how did he do? On this episode of “Gimme Shelter: The California Housing Crisis Podcast,” we evaluate Newsom’s record on housing and homelessness. We found that while the governor has prioritized housing issues more than his predecessors in office, he’s fallen far short of his goals.

“Gimme Shelter,” a biweekly podcast that looks at why it’s so expensive to live in California and what the state can do about it, features Liam Dillon, who covers housing affordability issues for the Los Angeles Times, and Manuela Tobías, housing reporter for CalMatters.

You can subscribe to “Gimme Shelter” on Apple Podcasts, Spotify, Stitcher, Soundcloud and Google Podcasts.

This Republican senator just dropped a truth bomb on his party

Chadwick Boseman and ‘Black Panther: Wakanda Forever’: How the sequel makes a case for recasting

Tips on how to In finding Off Marketplace Homes in 2022

Elon Musk says Twitter is rolling out a new feature that will flag ‘shadowbanning.’ It’s complicated

The Best Gifts From Vuori

Saudi Arabia and China will align on everything from security to oil, but agree not to interfere on domestic issues

Stellantis to idle Jeep plant, lay off workers to cut costs for EVs