In a huge setback for the Kremlin, Russian troops withdrew from the Kherson region west of the Dnipro River, and images geolocated by CNN show Ukrainian forces are entering the key southern regional capital city.

Here’s what we know so far:

Russian retreat from Kherson: All Russian troops have left the key Ukrainian city of Kherson, the country’s defense ministry said, confirming a humiliating retreat for Moscow.

The main bridge — the Antonivskyi bridge — over the Dnipro River in the region has also been destroyed, images and video on social media showed on Friday.

Kherson was the only Ukrainian regional capital that Russian forces had captured since February’s invasion. Their withdrawal east across the Dnipro River cedes large swathes of land that Russia has occupied since the early days of the war, and that President Vladimir Putin had declared as Russian territory just five weeks ago.

Ukrainian residents of a town on the western outskirts of Kherson city have ripped down Russian propaganda billboards, according to videos on social media geolocated by CNN.

In the town of Snihurivka, in the Mykolaiv region, a CNN team witnessed a party atmosphere, with residents greeting each other with hugs on the streets. Others broke down in tears recalling the ordeal of Russian occupation.

Officials urge caution: A Ukrainian official on Friday acknowledged that Kherson city is “almost under the control of the Armed Forces of Ukraine,” but warned that some Russian troops may have remained behind in civilian clothing. Residents of Kherson city with whom CNN has spoken in recent weeks confirmed that many Russian soldiers were using civilian clothing.

On Wednesday, officials in Kyiv treated the announcement that Moscow would withdraw troops with skepticism, warning about mines and possible Russian scorched-earth tactics.

Here’s the most current map of control: 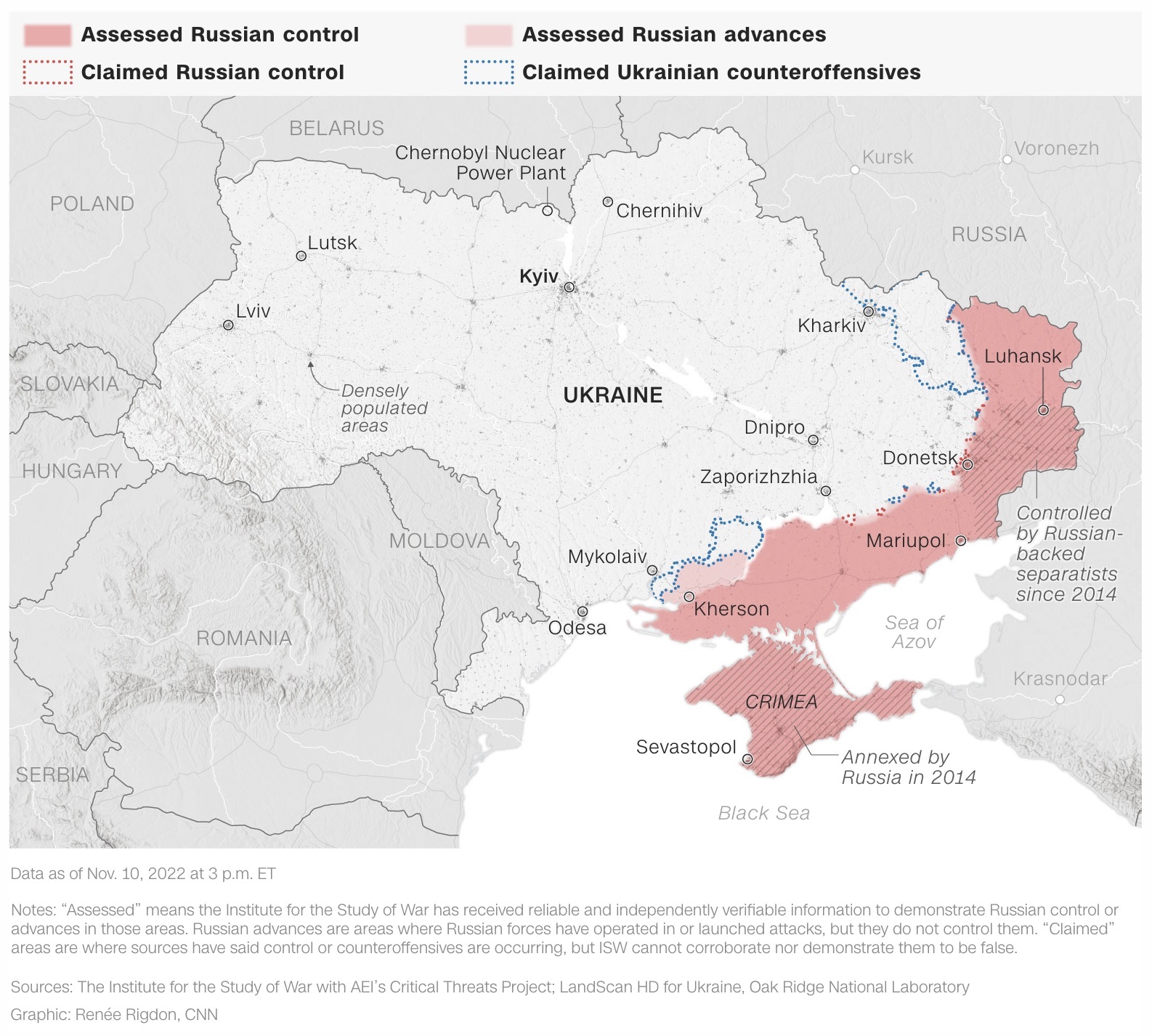 The most efficient sports activities bras of 2022