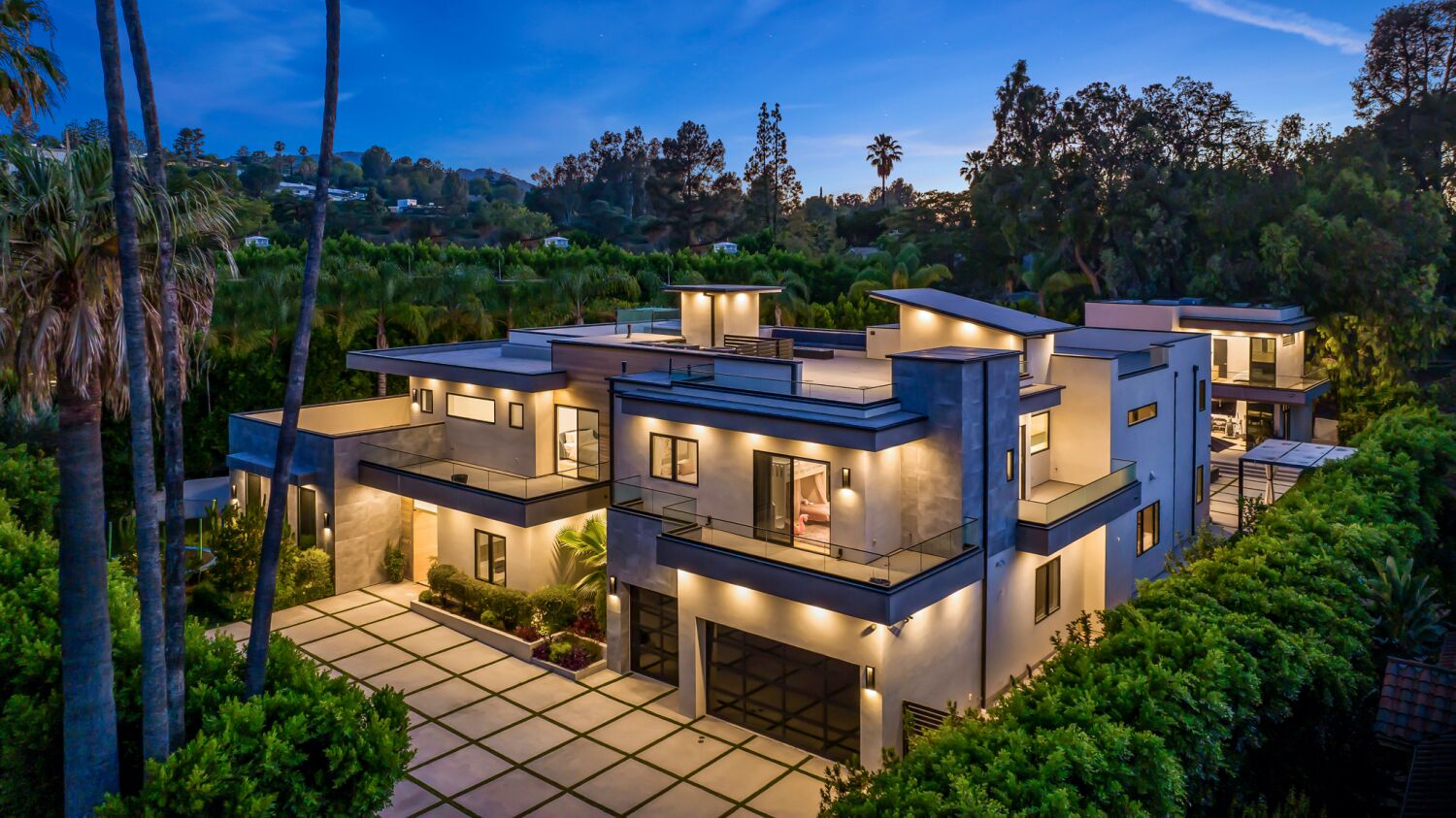 Four years ago, the speedster dropped $8.7 million on an ultra-modern mansion in Encino. Now, he’s shopping it around for $11.75 million.

The 11,000-square-foot stunner sits on half an acre in Royal Oaks, an affluent enclave where stars such as Kelly Clarkson, Joe Jonas and Sophie Turner have owned homes. Rollins’ property makes the most of its space with a main house, guesthouse, outdoor lounge and swimming pool — as well as a 3,000-square-foot rooftop deck overlooking it all.

Past gates and a motor court, the home opens to living spaces with crisp white walls, bold black accents, warm wood floors and sliding walls of glass. Nine bedrooms and 11 bathrooms are spread across two stories. Other highlights include an elevator, movie theater and glass-encased wine room, which Rollins added during his four-year stay.

Out back, an outdoor dining area with a built-in grill is adjacent to the pool and spa.

It’s not the only home Rollins owned in Encino. In 2017, he bought a 15,000-square-foot Neoclassical mansion for $10.65 million, which set the record for Encino’s priciest sale ever at the time. The mark has since been topped by Nick Jonas and Priyanka Chopra, who paid $20 million for a 20,000-square-foot residence two years later.

Carl Gambino and Jacob Greenberg of Compass hold the listing. Neither could be reached for comment.

A California native, Rollins spent 17 seasons in Major League Baseball, most of them with the Philadelphia Phillies, with whom he won a World Series title in 2008. He also won four Gold Glove awards, a Silver Slugger award and a National League MVP award, and he currently ranks as the Phillies’ all-time leader in hits and stolen bases.

World Cup penalty shootout myth: Morocco and Croatia have already won one but that might be a problem not an...

Wordle is Google’s top search term in 2022, above Ukraine and the queen