After an eleven month layoff, Cory Sandhagen wanted to show the world that he was still deserving of his place among the contenders for the UFC Bantamweight crown. With an impressive showing against rising star Song Yadong, he did just that. Overall, UFC Vegas 60 featured a great mixture of close decisions, brutal knockouts and impressive stoppages. There’s a lot to unpack here; without further ado, let’s get into it!

Having suffered two consecutive defeats to end 2021, Cory Sandhagen decided to take some extended time off to regather his thoughts and return better than ever. His opponent, Song Yadong, is known as a rising star in the sport and is viewed by many as a future champion in the bantamweight division. Given Song’s reputation as an elite striker, Sandhagen decided that relying on his grappling skills may be the tactic that garnered the most success.

At the beginning of round one, Sandhagen immediately executed a level change and attempted a takedown. However, Song demonstrated great defense and prevented his opponent from taking him to the mat. Song then mounted Sandhagen’s back in an attempt to take him down and execute a chokehold but Sandhagen was able to display his own defensive prowess and prevent the maneuver from being successful.

In the beginning of the second round, Song landed a great striking combination and began to gain some momentum. However, Sandhagen was able to execute a takedown a minute-and-a-half into the round and slow his opponent down. After Song fought back to his feet, Sandhagen hit him with an elbow that landed on his left eyebrow. The impact immediately opened up a cut and Song began bleeding profusely.

Rounds three and four were relatively close but the theme of the fight became Song’s attempts to protect the gash in his eyebrow. With each round, the cut worsened; by the end of round four the bleeding was beginning to cloud Song’s vision. The physician on hand decided the injury was too bad to continue and Cory Sandhagen was declared the winner by technical knockout. With this victory, Sandhagen’s place among the top five fighters in the division is secure; he is once again a legitimate contender for a shot at the bantamweight crown.

Chidi Njokuani is a rising star in the middleweight division. Due to the highlight-reel knockouts he’s often inflicted upon his opponents, many in the sport have begun referring to him as “Chidi-Chidi Bang-Bang!” His fight against Gregory Rodrigues was supposed to cement his place among the top middleweights in the UFC and earn him his first ranking among the organization’s top 15. Unfortunately, Rodrigues had other plans.

Njokuani went to work from the very start of round one. Early in the round, he hit Rodrigues with a knee to his face that opened a cut over his left eye. As the round progressed, Njokuani kept applying pressure, hitting Rodrigues with a right jab that stunned him and caused his legs to wobble. Rodrigues then responded with a flurry of punches to end the round, letting his opponent know he was still there to compete.

Having earned respect by refusing to fold after being injured, Rodrigues continued his momentum in round two. He executed a takedown and then began to pummel Njokuani with a barrage of punches and elbows. The assault left Njokuani defenseless and the referee stepped in to stop the fight. Rodrigues had turned the tide after looking dead in the water at the beginning of round one. It was an impressive come-from-behind victory!

Featherweight challenger Andre Fili stayed active from the opening moments of round one. A right-foot high kick that landed directly on Bill Algeo’s face set the tone early in the fight. Fili followed that maneuver with a takedown, however, Algeo quickly fought to his feet.

In round two, both fighters enjoyed moments of success. Each man landed nice striking combinations. Algeo may have stolen the round with a good flurry in the closing moments, setting up the third and final round to be the determining factor. A little over a minute into round three, Fili executed a takedown that he would not relinquish. He dominated the remainder of the round with impressive ground control time.

Andre Fili was awarded a split decision victory for his efforts. In the post-fight interview he said that although he knew the fight was close, he thought he’d done enough to win a unanimous decision. I have to agree with that statement. Bill Algeo definitely had moments of success, but Fili’s dominant third round should have been enough to erase any doubts. However, that just goes to show that leaving the fight in the hands of the judges is always a risk.

Middleweight prospect Joe Pyfer entered his official UFC debut with a lot of hype surrounding him. Veteran fighter Alen Amedovski desperately wanted to derail the up-and-comer. Unfortunately for Amedovski, the hype looks real. With approximately one minute left in the round, Pyfer threw a left uppercut that missed but caused Amedovski to maneuver to avoid the blow. That sequence opened Amedovski up to the over hand right that Pyfer then threw, which landed on Amedovski’s left temple and knocked him out on impact. It was an emphatic first round knockout victory, and the perfect debut for Joe Pyfer!

Canadian heavyweight Tanner Boser entered Friday’s weigh-in at under 230 pounds. In today’s atmosphere in the heavyweight division, that is extremely light. Most heavyweights are entering that octagon weighing at least 250 pounds and many come in weighing over 260. However, Boser stated that he would rather rely on his elite quickness as a heavyweight as opposed to trimming down to 205 pounds and competing as a light heavyweight.

Rodrigo Nascimento used his size advantage against Boser to execute several takedowns throughout the fight. When the two men were on their feet, Boser’s speed advantage was evident and he was able to land several well-timed strikes. However, Nascimento’s size proved to be too much to overcome. His emphatic body slam of Boser in round three was the moment that turned the round in his favor and ultimately decided the outcome of the fight. Nascimento was awarded a split-decision victory, and Boser was left to ponder if moving down to light heavyweight would be the best move for his career.

Middleweight veterans Anthony Hernandez and Marc-André Barriault entered their bout as two of the most octagon-savvy competitors in the UFC. Throughout the fight, each man put his expertise on display. After each man failed at takedown attempts in the early moments of round one, Barriault found success with striking midway through the round. Hernandez recovered and eventually landed the takedown he sought after before the end of the round.

In round two, Hernandez executed another successful takedown and dominated with a good amount of ground control time. The takedowns and grappling began to affect Barriault’s cardio and he eventually began to fatigue. In round three, Hernandez executed his most impressive maneuver of the night, a front faced chokehold on the mat. The pressure was too much for Barriault to handle and he was forced to tap out, giving Hernandez a third round submission victory.

Joe Pyfer’s debut was one of the most impressive I’ve seen in a while. Alen Amedovski is a familiar name in the middleweight division and Pyfer was not intimidated by his opponent at all. He was determined to make a statement in his very first outing and he did just that. You only get one shot at a first impression, and Joe Pyfer made the most of the opportunity. He will be an interesting prospect to keep an eye on as he makes his ascent through the middleweight division.

The UFC returns next week with another edition of Fight Night from The Apex Center in Las Vegas. The main event of the evening will feature women’s strawweight contender Mackenzie Dern going up against octagon veteran Yan Xiaonan. As always we’ll have all the latest updates about the outcomes of the fights, as well as in depth analysis, available right here at World in Sport! 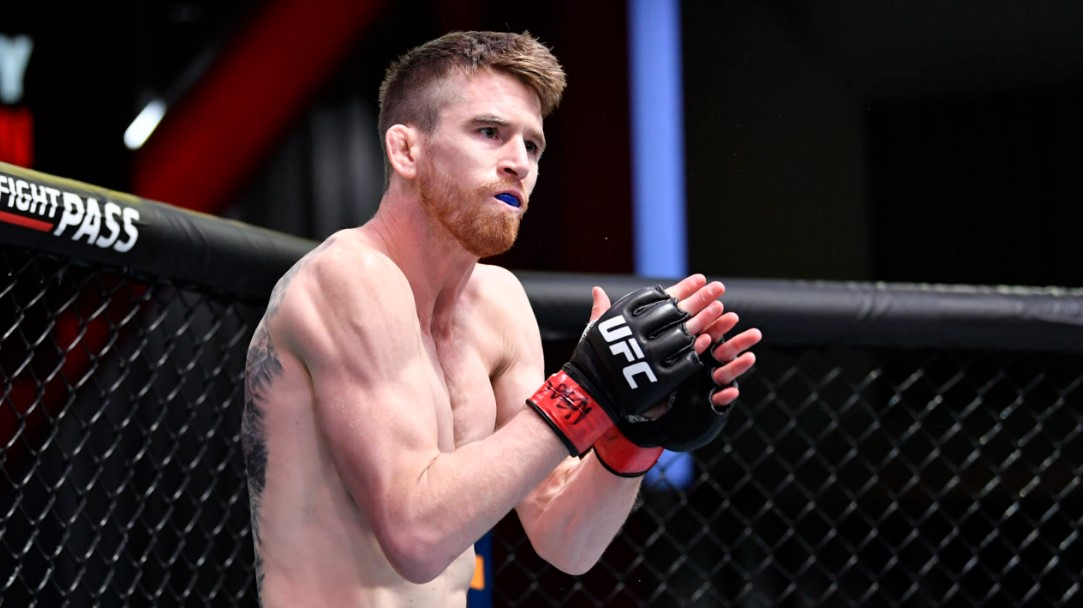 8 Killed In Overwhelm At Cameroon Fit