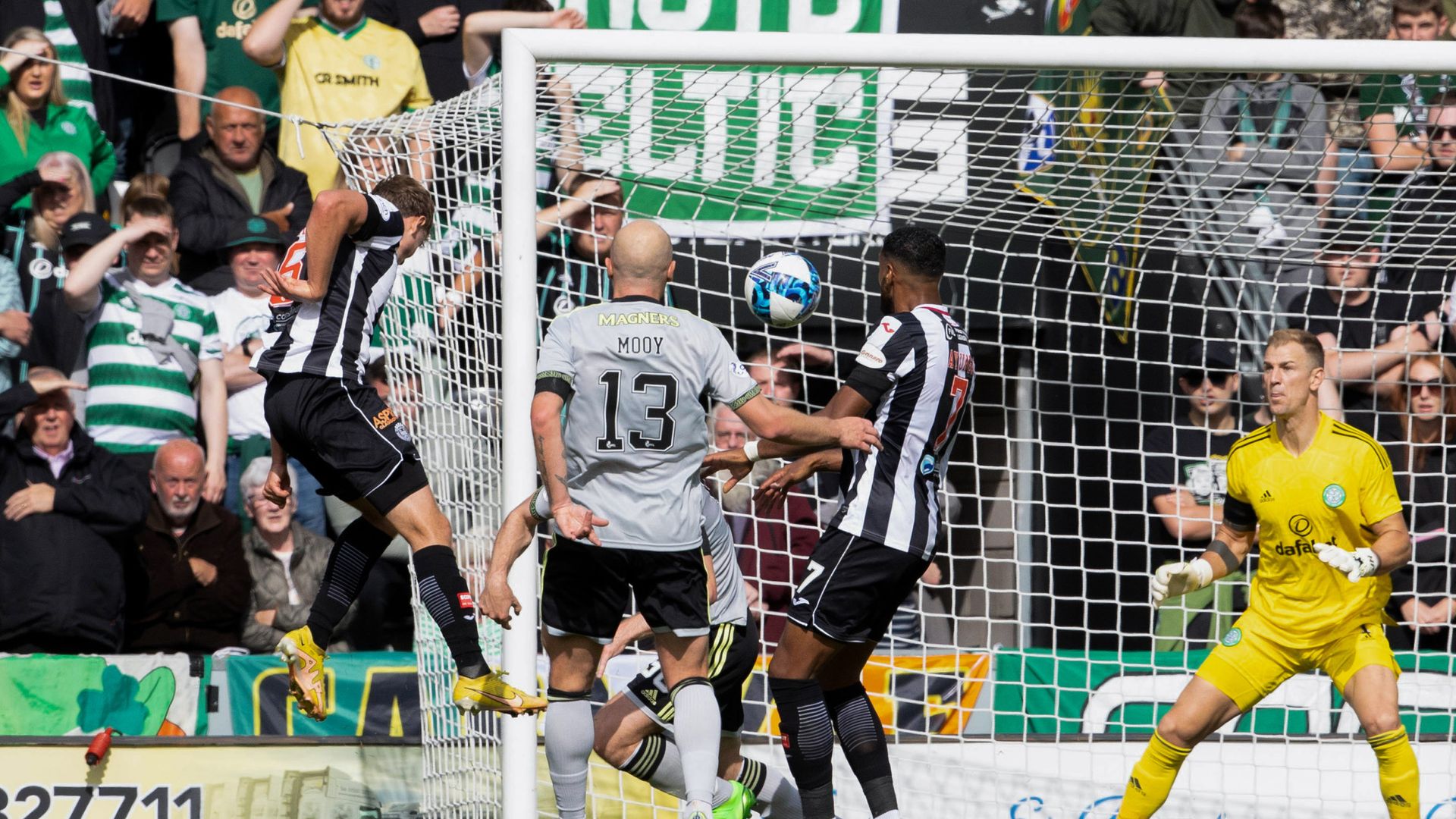 Celtic’s 364-day unbeaten run in the Scottish Premiership came to a crashing end as St Mirren climbed to third in the table with a deserved 2-0 victory over the champions.

Almost 12 months to the day since the Hoops last league defeat, headers from captain Mark O’Hara (43) and Jonah Ayunga (53) inspired St Mirren to their first home win over Celtic in 12 years and inflicted a first league loss on the visitors in 38 games.

Celtic were tasked with responding to Rangers’ victory over Dundee United on Saturday but delivered an abject attacking performance as Ange Postecoglou’s side failed to restore their five-point lead at the top of the Scottish Premiership.

After losing his last eight matches against the Glasgow club, conceding 27 goals in the process, it was a maiden victory over Celtic to savour for St Mirren manager Stephen Robinson, who sees his side move up to third, six points behind Celtic, in the table.

Celtic will return from the international break with a home game against Motherwell on October 1. St Mirren host Livingston on the same day. That match kicks-off at 3pm.

Why deleting something from the internet is ‘almost impossible’

How to decorate your home on a budget, according to interior designers