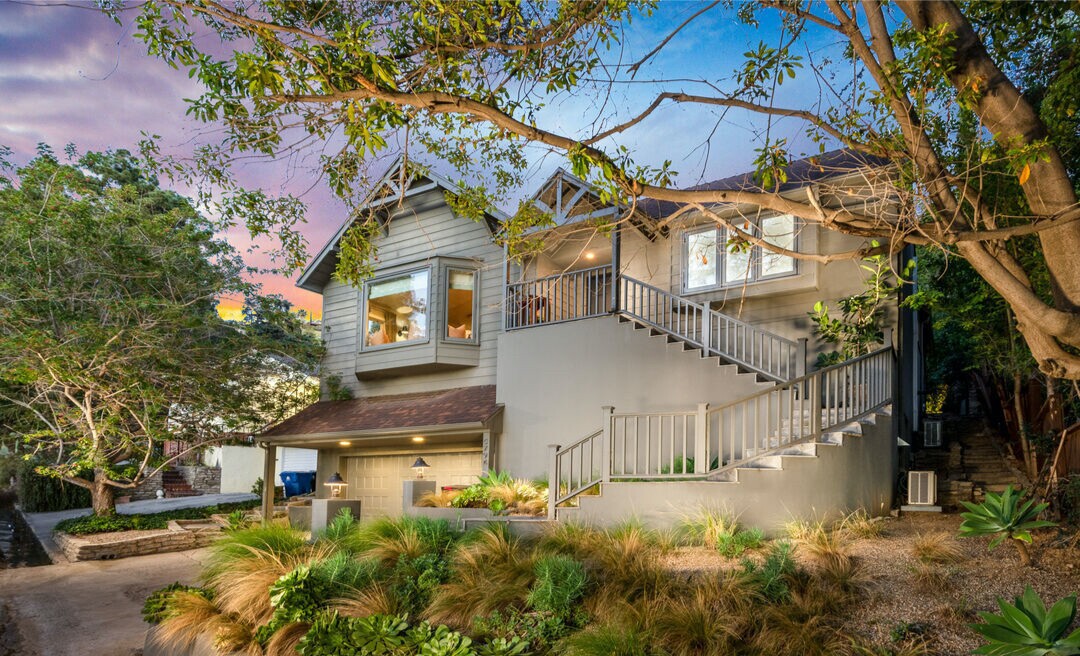 Grammy-winning musician Beck is shopping around his Craftsman-style home in the hills of Los Feliz for $2.95 million — nearly triple the $1.045 million he paid for it in 2014.

The price hike is a result of the work Beck put into the property during his eight-year stay. Listing photos show he turned the place into a musician’s haven, soundproofing the living spaces and converting the garage into a music studio and movie theater.

It’s perched in the Oaks, a celebrity-filled enclave on the west side of the neighborhood where actors such as Zac Efron and Melissa McCarthy have owned houses. Built in 1948, the hillside home now boasts a chic gray exterior that gives way to warm living spaces loaded with picture windows and hardwood floors.

The open floor plan combines three bedrooms, three bathrooms, a dining area and marble-splashed kitchen across 2,364 square feet. Angled beams top a flagstone patio out back, which leads to a terraced backyard with leafy nooks and a fire pit.

Beck, an L.A. native whose full name is Beck Hansen, has racked up eight Grammys during a decades-long career that has seen him release 14 studio albums, including 2019’s “Hyperspace.”

He’s owned a variety of L.A. homes over the years, including a Gerard Colcord-designed Tudor in Brentwood, which he sold for $3.44 million in 2018.

Short Term Rental Comps: How to Find Them

Home prices fall for the first time in three years, biggest drop since 2011